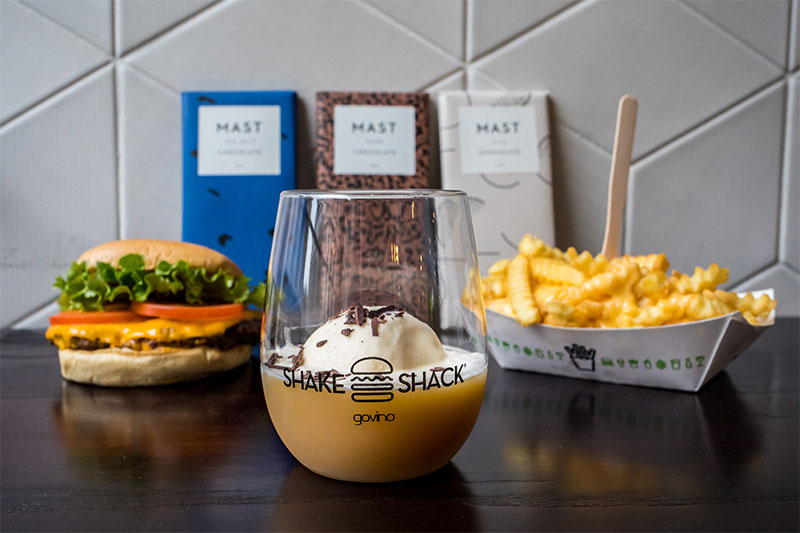 The huge Nova complex in Victoria is entering its final stages now, and it's clearly bringing a HUGE change to the area (and we say this from experience, having worked there in the past). And the latest to open the doors will be the next burger outlet from Shake Shack.

You can expect the usual burgers, shakes, dogs and concretes from the latest Shack, and they're alos teaming up with Mast Brothers for a limited edition drink too. On launch day, there will be the Mast Cocoa Beer Float. That's Shake Shack’s vanilla frozen custard and non-alcoholic Cocoa Beer (brewed in-house and made with chocolate, freshly roasted cacao, cane sugar and water) topped with Mast Brothers dark chocolate. And it'll be free with any burger on launch day (while stocks last).

As ever - you can expect new exclusive concretes at the new place too. They will be: