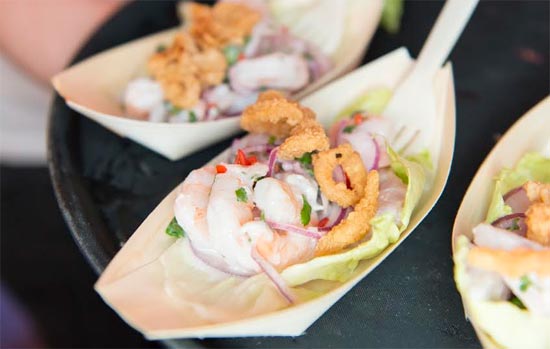 They've been running pop-ups around the capital for a few years, but now Senor Ceviche are moving to a permanent site in Soho. Here's what to expect.

What you need to know about Señor Ceviche

But the menu will also include other Peruvian BBQ specials - such as slow cooked Pachamanca Pork Ribs with Pink Pickled Cabbage and Super Chicken with Rocotto Chilli Mayonnaise.

Yes, Pisco Sours will be on the menu - along with a range of frozen cocktails. Rum and tequila spirits will also pack a punch alongside a selection of wines and beer.

It won't be a quiet spot - there's a buzzy open plan kitchen and lots of Latin American music, as the whole place is done up in homage to the lively streets of downtown Lima's party district, Barranco,

Señor Ceviche will open at 1st Floor, Kingly Court, Soho, London W1B 5PW this October. Keep up with their news on Twitter @senorcevicheldn