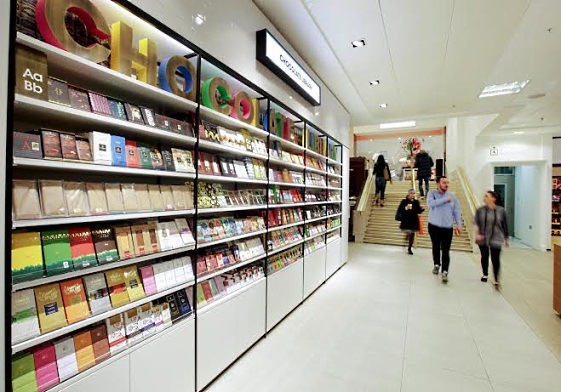 OK - so this actually opened a few weeks back, but since we've given up sweets for Lent it would have been too hard to write about the opening of Selfridges' spangly new Confectionery Hall any sooner. But now that Easter Sunday is in sight, we can dream about going mad in a trolley dash round the aisles of the 4000 square foot space the store is devoting to all things sweet.

What we like particularly is the look of is their chocolate library. They have a Chocarian - best job title ever - whose job it is to guide you through the 400 new bars on offer. There are also 12 new brands - including Casa Grand and Adore - which are being sold in the UK for the first time.

The new Confectionary Hall is now open at Selfridges.