Selfridges gets ready to launch Tastes of Japan 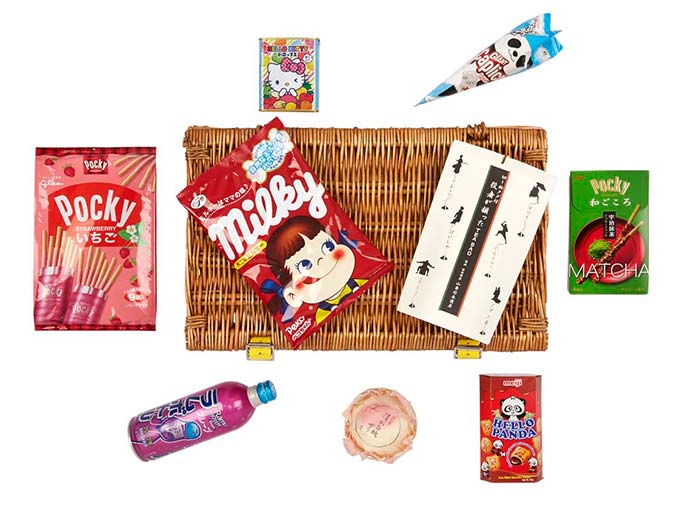 The next takeover of the Selfridges food hall has been announced - and it's one we'll definitely be popping down to. Tastes of Japan launches in January with lots of new things to buy, new bars and - very close to our hearts - what's planned as the largest selection of Pocky in the UK.

Coming to the store will be...

A new sake bar -  This is a six seater in the Selfridges Wine shop serving exclusive Japanese sakes, never before available in the UK. It's in collaboration with Japanese footballer and Sake lover Hidetoshi Nakata (and features sake from his personal collection). The Wine shop will also have plenty of Japanese beer and whisky (which they'll have in their enomatic machines).

Pocky and more sweets - Now we LOVE Pocky so we'll be heading straight for an entire wall will be dedicated to these chocolate covered biscuit sticks.  Plus expect lots of special Kit Kat flavours, Yuzu and Lychee Gummies, Hello Kitty food and the bakery counter will be serving British/Japanese mash-ups including Matcha Rolled Cake (a version of a Swiss Roll) and Choux Trios including "Whipped Sesame Seeds", "Matcha" and "Azuki Custard Creams".

A Noodle Library -  with over 50 different types of noodles

First up is the Japanese Culinary Academy dinner (£80) on 17 February, featuring six of London's top Japanese head chefs from Kikonoi, So restaurant, Yashin Sushi, Yashin Ocean House, Nobu Park Lane and Kiru. Each will prepare a course at the dinner.

On 23 February there's a Japanese whisky evening (£50) with Tonkotsu in Selfridges' Harry Gordon's Bar. Tonkotsu will create a menu of small dishes with each dish paired with Nikka whisky.

Finally, on 14 March there's a chance to try the cooking of Kei Kobayashi, whose eponymous Parisian restaurant won a Michelin star just a year after opening. His lunch and dinner (dinner is now sold out) are £80 each and will feature Japanese-French inspired dishes like Oyster with seaweed jelly, pressed cream and yuzu and Vacherin dessert.

Tastes of Japan kicks off from 4 January 2016 at Selfridges at 400 Oxford St, London W1A 1AB. For more, follow them on Twitter @Selfridges