Scottish, French and Mexican chefs line up for Carousel’s next chef residency programme 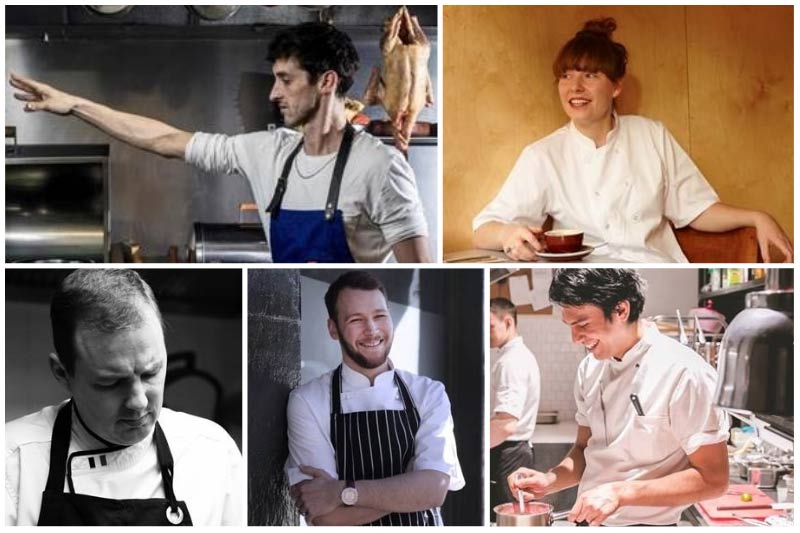 Marylebone’s Carousel has just announced its next run of guest chef residencies coming in over the next two months, and there's plenty of interesting faces, from Edinburgh's up-and-coming Scott Smith to ingredient-focused Anton Orjollet, and the return of the award-winning Santiago Lastra.

First up on 6-10 February is Glasgow’s Rosie Healey, who cut her teeth at Ottolenghi and Jago before moving back to Scotland to open Alchemilla. The sharing-style Mediterranean food that she’s been dishing out has been dubbed by the Scotland Herald as “stupendous from start to finish,”  and you can expect to see her Octopus, Blood Orange and Thyme making an appearance, alongside Ox Heart, Green Chilli, Parsley and Za’atar.

Next up, from the 13-24 February will be the award-winning Santiago Lastra, who we recently saw taking part in Carousel’s Tate Modern residency programme.  Although he hails from Mexico City and has made waves at NOMA Mexico alongside René Redzepi, he’s also gained an international reputation cooking in Copenhagen’s Bror and Spain’s Murgaritz (which was included in The World's 50 Best Restaurants.) On top of that, he was voted one of 10 Best Young Chefs in Scandinavia - so there’s plenty of reasons to get excited. He’ll be cooking food that represents his Mexican heritage, like ‘Chilpachole De Jaiba’ - Crab, Tarragon and Mezcal Broth.

From 27 February to 3 March, we’ll see French bistro food courtesy of Anton Orjollet, bringing the flavours of his coastal French Basque hometown Bidart, with a modern twist, like Teppanyaki-Style Hake, Broad Beans, Peas and Cauliflower in Almond Milk, though the menu will change daily. Much like his restaurant Elements, the focus will be on sourcing very fine, organic, ethically sourced ingredients, all from within 70km of the restaurant. He’ll also be focusing on bringing in natural, bio wines from ‘conscientious’ vineyards.

Up next, from 6-10 March is more French cuisine, this time from Brittany’s coast, so expect chef Julien Hennote to be dishing out plenty of seafood, from Salt Cod Brandade with Buttermilk Emulsion and Black Garlic Dip to Diver Scallops with Salted Butter, Braised Leeks and Buckwheat infusion. He’s the head chef of Le Pourquoi Pas at Castelbrac.

Finally, to round off the residency from 13-24 March, it’s back to Scotland once more with Edinburgh’s Scott Smith. He’s gained experience across the board, from humble beginnings at Casa Salvatore in Aberdeenshire to the Michelin-starred Peat Inn under Geoffrey Smeddle, before opening his own restaurant Norn in Edinburgh. He’s recently been awarded an Acorn for his hard work, and Norn’s earned praise from AA Gill, who said it was “a lot to be proud of”, while Marina O’Loughlin remarked there was “no let up in excellence” - so he's very much one to watch. The menu will change often, but be loosely inspired by his Scottish heritage with a contemporary edge - think sourdough with Orcadian beremeal (an ancient strain of barley), Shetland black potatoes with crab, and Crowdie - a Scottish cow’s milk cheese.

As usual, the chefs will work alongside Carousel’s Ollie Templeton to supply you with a four or five-course set menu, priced at £39.50 (not including wine).