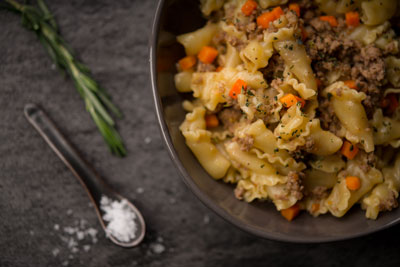 City workers who fancy the idea of having fresh pasta at lunch should look out for Scarpetta opening up on Cannon Street in the next fortnight. They're aiming to serve up pasta made with semolina flour which apparently makes the dishes lighter and healthier.

The new restaurant will open with a pasta maestro on their books. Michele Fiore comes from Puglia where's he's been running his artisan pasta shop in Bari (Pastificio) for 25 years. He'll be using high protein durum wheat flour and working from a specially designed workbench in full view of the customers.

The menu at Scarpetta is down to Chef Pierluigi Sandonnini who trained under three Michelin-starred chef, Gualtiero Marchesi. "We are all trying to be healthier," he says of his menu, "and hey, we have to work in the afternoons, no Pisolino (napping), so I aim to create a lighter version of traditional popular dishes whilst maximising the taste."

So you should expect to find pasta, salads, soups and focaccia-filled sandwiches on the menu.

Scarpetta will open on 7 July at 110 Cannon St, London EC4N 6EU. Tel: 020 7283 3688. Opening hours will be Monday – Friday 7am to 6.00pm. For a launch offer they'll be offering Londoners free pasta from 12pm to 3pm on Friday, 4th July. For more information follow them on Twitter @scarpettalondon