[SIGPLUS_EXCEPTION_SOURCE] Image source is expected to be a full URL or a path relative to the image base folder specified in the back-end but /blog/2016/sarahbarber/gallery is neither a URL nor a relative path to an existing file or folder.
0
Shares 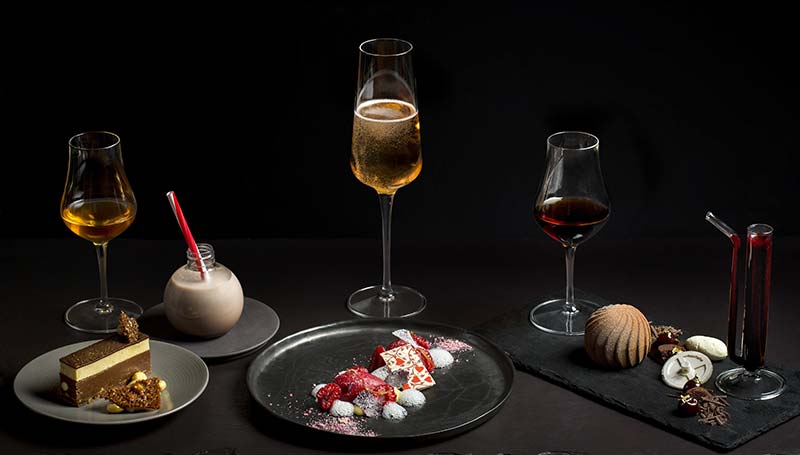 If you were at our Elements 2016 party last week, you would have enjoyed some amazing desserts from Sarah Barber from Hotel Cafe Royal. And now there's a chance to try a whole lot more as she's about to open a fully fledged dessert restuarant at the hotel.

The restaurant kicks off every night at 6pm and will start with some savoury bites before launching into the dessert menu. You'll have a choice of menu too:

Sarah in Wonderland - this is five courses, starting with the Milky Way (goat’s cheese, wild honey and beetroot snow) and Chicken foie with quince and brioche. Then the desserts start - with some Alice in Wonderland inspired desserts. There's Queen of Hearts (raspberries, Champagne and roses), Mad Hatter (BFG, kirsch and cherries) and Eat Me, Drink Me (Snickers, chocolate malt shake).

The Childhood Memories menu has a selection of nostagic dishes including Rhubarb & Custard and the Jaffa Cakes (that were at the Elements 2016 party).

Then there's Pick n Mix menu where you can pick four dishes. Savoury dishes include White Rabbit with acapella cheese, artichokes and black truffle as well as asalmon tart with avocado. Desserts on the Pick n Mix menu will include the Jaffa Cake; Eat Me, Drink Me and Queen of Hearts..

There will be wines matched with the menus too and all this also coincides with a new menu for the daytime cafe and new cakes at the Patisserie. They include pistachio & apricot mille feuille, strawberry lemon candy cane, raspberry rose sphere and Black Forest gâteau with chocolate mushrooms.

The new dessert restaurant starts on 3 March 2016 at Cafe Royal, 68 Regent Street, London W1B 4DY. The Café is open from 8am to 10:30 pm with the dessert restaurant menus running from 6 - 10.30pm. For more, follow them on Twitter @HotelCafeRoyal and @sbpatisserie