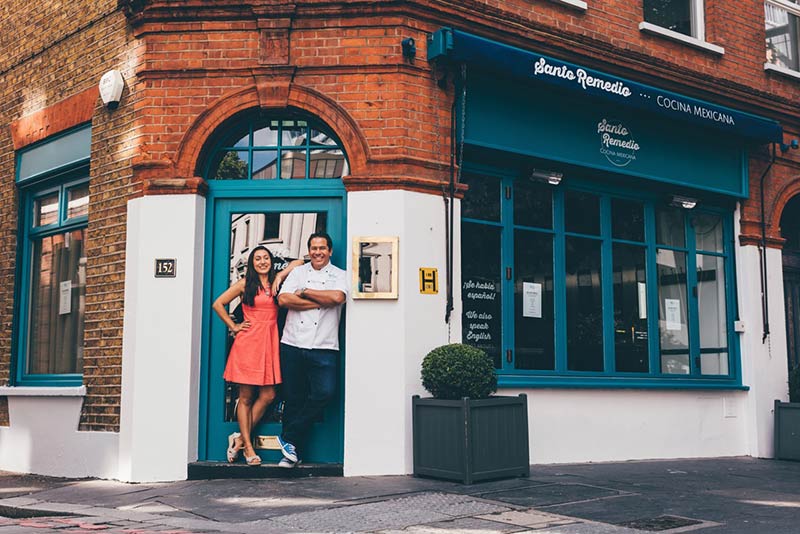 In a nutshell: Traditional Mexican tacos with a tequila and mezcal bar

Summing it all up: After a successful Kickstarter, the much-loved Santo Remedio has returned with their new Cantina & Comedor, a two-storey bar and restaurant on Tooley Street, with a charcoal grill, a bigger kitchen and reservations available for lunch and dinner.

In one of the nicest success stories of the year Edson and Natalie Diaz-Fuentes, the pair behind Santo Remedio, have announced that yes - after a rather intense Kickstarter and just a little help from 406 generous supporters, they’ll be reopening their Mexican restaurant in a brand new two storey premises over in Bermondsey.

So, what do we know about their new place?

There’ll be a standalone tequila and mezcal bar. That’ll be on the ground floor, and will be the source of plenty of cocktail-related joys. Try the Mezcalita with Pineapple and Jalapeno, or their egg-free (and therefore vegan-friendly) Mezcal Sour. If you’re in it for the long haul, then you’ll also be encouraged to tuck into a selection of tacos and bar snacks, including their one and only guac with grasshopper (“like nutty skin,” according to Grace Dent’s review in the Standard.)

They’ll be taking reservations. You can pick between lunch or dinner service. There’ll be space for 90.

Expect to see more of their amazing tacos. We’re hoping to see a return of their braised beef one - and don’t forget to ask for some of their ultra-spicy homemade habanero sauce (as long as you think you’re hard enough).

Plus, loads of traditional Mexican food too. There’ll be fish al Pastor, gorditas de chicharron prensado, Chiles Rellenos, Prawn Aguachile Rojo, Short Rib with Mole Negro and Plantain Puree and more. There’ll also be old faves like Octopus tostadas with avocado and peanuts and their gorgeous Barbacoa lamb cutlets. Thanks to the increased kitchen space, the duo plan to offer a much more varied - though still modestly-size - menu.

They’ll be making good use of their new charcoal grill. The pair say it’ll help bring out the flavour of the smokey Mexican chillies that they’re so fond of incorporating into their dishes, like their Tamal Colado.

There could be special one-off festive dishes too. Expect special traditional dishes around Mexican holidays like the Day of the Dead, Independence Day and Christmas.

You can try Mexican wine.  It’ll be imported from Baja California, and appear on a wine list that’s packed with other bottles from the likes of California and Spain.

The new project came about via a successful Kickstarter - now that you’re close to opening, how did that whole process go for you?

I think it would be an understatement to say that the past year has been a complete rollercoaster. Starting from scratch again, searching all over London for a new location and getting investors on board for the new project has been a fantastic experience, though there were certainly times where our resilience was tested!

The Kickstarter was nerve wracking, and there were honestly times we thought we’d been overly ambitious and weren’t going to make our target. But we had so much support from our previous customers and friends, which was extremely encouraging. We even received pledges from people who had never been to the restaurant including one incredible couple who took up one of the £5,000 rewards. They hadn’t even been to the restaurant, they just wanted to see us succeed! 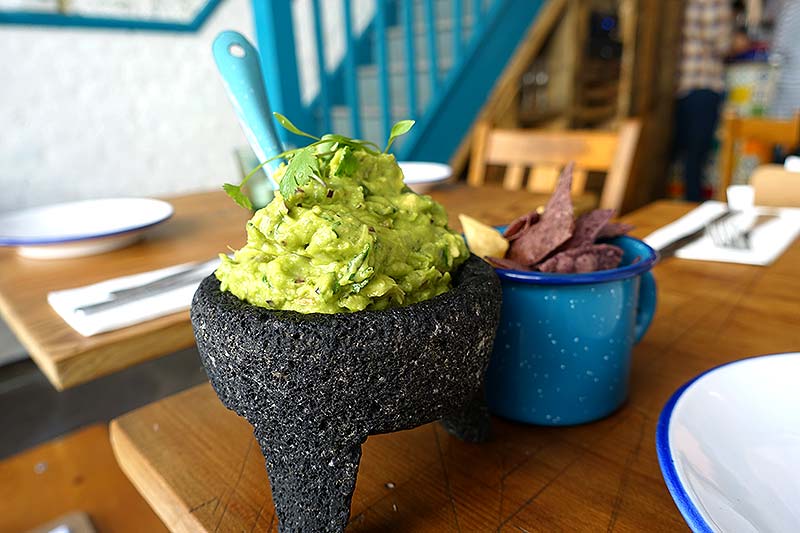 Some of the best guacamole in town (sans grasshoppers)

And you had some industry insiders helping out too?

We also feel really lucky to have had the advice and support of some incredibly talented people in the business, whose help in one way or another has been invaluable. Will Beckett from Hawksmoor, Jonathan Downey and Henry Dimbleby from London Union, Emma Reynolds of Tonkotsu and Wahaca’s Mark Selby, as well as people we know in Mexico and New York like Richard Ampudia who were incredibly supportive and encouraging.

The more you talk to people the more you realise other people have gone through similar challenging experiences. Adam Hyman and Charlie Hall from CODE Hospitality were invaluable in helping us with the fundraising process, and getting us the support we needed to convince landlords that as a new business we were tenants that could compete with big chains. There was the owner of one particular chain who said that with so many chains going after spaces, we would find it virtually impossible to get a landlord to take us on as a tenant.

But with great people helping us along the way, we managed it!

What made you pick the new location?

We used to live in Shoreditch, so having the first Santo Remedio restaurant there was the obvious choice. And at first, we thought we would reopen in the same area, given that we were made to feel so welcome there. We actually made an offer on a place just off Brick Lane that fell through. But, in hindsight, it was great that it didn’t work out as there was something even better on the horizon.

We both moved to Bermondsey a couple of years ago and love the area and its fantastic independent restaurants. Bermondsey Street with Pizarro and Casse Croute has a lovely neighbourhood feel and we always go to places like El Pastor and Padella in Borough and St John Bread & Wine in Maltby Street. 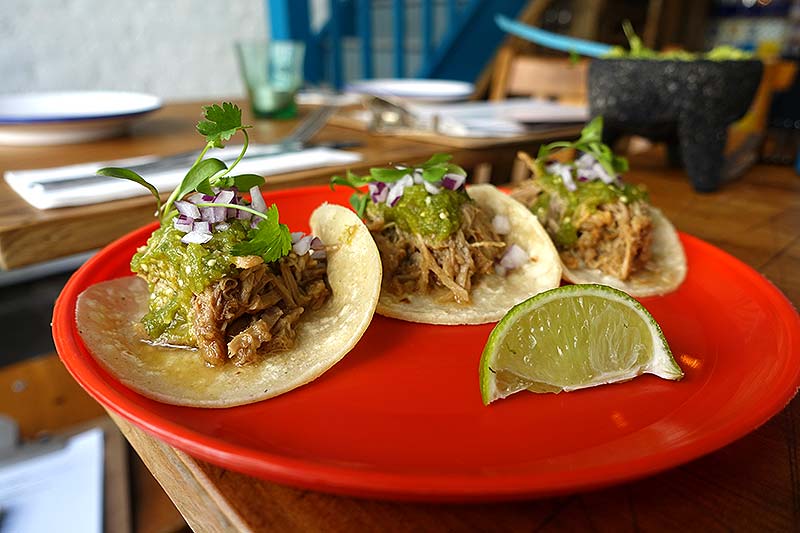 And what about the site itself?

Living close to Magdalen, we had been to the restaurant several times. When we found out they were moving on to other projects we were really excited about the prospect of taking over the space and making it our own. We looked at a lot of sites in a lot of areas over the past year and it instinctively felt like the perfect space to bring Santo Remedio back to life.

What new things can we expect from the menu?

We’ll be able to create a greater variety of dishes as we will have a much bigger kitchen, though we will still keep the menu short and have regularly changing specials. Our collaborations over the past year at fantastic places like Pitt Cue, Le Bab and with Martin Sweeney (head chef of Mark Hix’s Tramshed) have also inspired some dishes we will serve at the new restaurant.

Having a charcoal grill will really help compliment our dishes with flavours from smokey Mexican chillies. We’ll have dishes like Tamal Colado cooked over the charcoal grill, pork chop con mole rosa, and duck with mole negro.

We want people to try the incredible range of dishes Mexico has to offer, and serve them at times of the year when they would be eaten in Mexico because of celebrations or festivities, like dishes you would eat to celebrate Mexican Independence Day, Day of the Dead or Christmas.

And how about returning faves?

We will make sure to serve dishes people loved from the old Santo Remedio, the Octopus tostadas with avocado and peanuts, Barbacoa lamb cutlets, Aguachile Rojo, and Ox tongue with Pipian. And of course, it wouldn’t be Santo Remedio if we didn’t serve our guacamole with grasshoppers!

And finally - what can we expect on the drinks front?

Since we’re recreating a proper Mexico City-style cantina, there’ll be a big focus on serving some of Mexico’s best 100% agave tequilas and mezcals. We’ll be using those to create some really exciting cocktails, like a Mezcalita with Pineapple and Jalapeno and one of our favourites, a Mezcal Sour, but without egg so vegans can enjoy it too. Of course, there’ll also be copious amounts of our house Margaritas Santas.

We’re delighted to be working with Zeren Wilson of Bitten & Written on curating the wine list. We’ll be serving a variety of Mexican wines from some of its incredible vineyards like L.A. Cetto, La Lomita and Vena Cava, as well as a frequently changing short selection of wines from the rest of the world, which will include from some of Spain and California’s most iconic wineries.

When does it open? 12pm on 5 September 2017. It'll be a limited menu to start and just open in the downstairs comedor but there'll be lots of the Santo Remedio faves and some new specials on offer