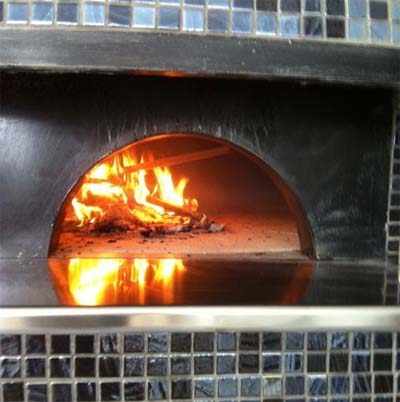 The original Santa Maria Pizza has been topping London's best pizza lists since it opened over two years ago. The small Ealing restaurant has a large and devoted following, topping many a "best pizza" list by serving up some of the best woodfired pizzas in London. And now they're about to open a second pizza restaurant, Sacro Cuore Pizza in Kensal Rise. We caught up with one of Santa Maria's owners, Pasquale Chionchio, to find out what's in store for those lucky people in Kensal Rise.

Why have you decided to open a second restaurant?

After opening Santa Maria in Ealing and being successful for two and half years, we felt the need for a new challenge. So we looked around and saw that Kensal Rise was an up and coming area and in need of a pizzeria. We thought it was a perfect area for our next joint

How will Sacro Cuore compare to Santa Maria?

The menu and concept will be the same as Santa Maria - and the standards of the pizza as well! We have been training two experienced pizza chefs at Santa Maria and we just needed to make sure that pizza at Sacro Cuore will be as good as Santa Maria.

The restaurant will have around 35-40 seats. Then there is a beautiful garden area outdoors, with around another 25 seats. So if the weather is good, we will use this space as well!

And finally - do you know when you'll be opening?

Very soon. We are southern Italian, so we are not good at giving exact appointments. We'd say mid August. Stay tuned and follow us on twitter @santamariapizza and on @sacrocuorepizza.