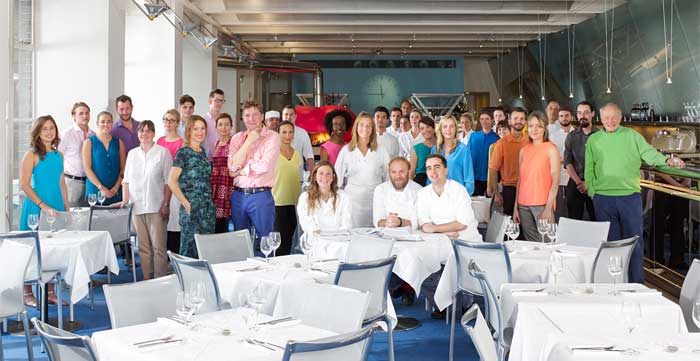 So this really is big news. The Standard has landed one hell of a scoop, namely that Ruth Rogers, of River Cafe fame, is opening a new restaurant in Mayfair.

In their piece today she tells the paper that the new restaurant (the first since The River Cafe opened in 1987) will be run by River Cafe chefs Sian Owen and Joseph Trivelli and managers Vashti Armit and Charles Pullan. All we know so far is that it'll serve Italian food and will have an open kitchen on the ground floor, similar to the original.

The restaurant will open in 2017 in a new building below the new Gagosian gallery at 20 Grosvenor Hill, London W1K 3DL which is being developed by Ruth's architect husband Sir Richard Rogers' company.