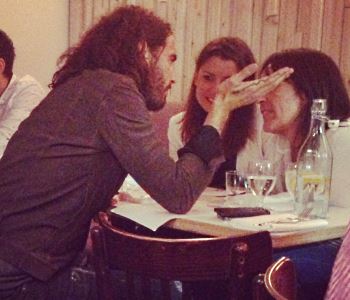 Well it's true to say we are ALWAYS interested in hearing what Russell Norman, the man behind huge hits Polpo and Spuntino, is up to so news this morning that he's just signed a deal on a new property made us sit up and take notice.

We know he's been planning things for a while - with a Pizzeria apparently on the way and another potential restaurant with Florence Knight (of Polpetto) in the offing - but at least we now know where he's setting up shop next.

He's taking over the site of the old Marquis of Granby on Seven Dials - with a new venue due to launch there later in 2013. Interestingly, it's currently being billed as a pub/bar/restaurant and the thought of Norman becoming a publican does sound interesting. We've been in that pub only last summer and do agree it's crying out for a revamp so we'll be keeping our beady eyes on this one and let you know as soon as we hear more news.

The new Russell Norman restaurant will be at 124 Shaftesbury Avenue, WC2N 4HS and will open later in 2013.