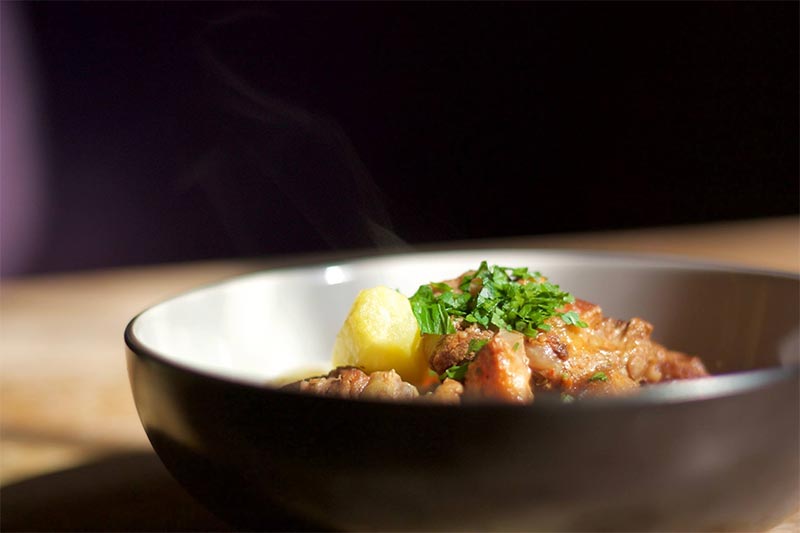 In a nutshell: French cuisine with a Japanese twist

Summing it all up: After a stint roving around London, Gerald and Ko of Bistro’s Mirey have decided to settle in Fulham, where they’ll be continuing to whip up seasonal dishes from a short menu that's big on French and Japanese flavours.

If you’ve not yet managed to catch one of Bistro Mirey’s supper clubs, most recently seen popping up in Cuckoo N1 and the Charles Lamb, then good news - it’s about to get a lot easier to catch them when they transition to a permanent residence in Fulham.

Gerald Mirey (from Gordon Ramsay’s The Narrow) will continue to work alongside partner Ko Ito to deliver “classic French cuisine with Japanese flair” from a simple, seasonal menu that’ll be using ingredients from London’s many local markets.

This time of year, their winter menu is full of cosy, comforting dishes like a braised beef cheek in red wine with miso, and a Hokkaido-style pheasant with root veg and blueberry sauce, which will also form part of their Sunday Roast options. You can also expect classic starters like beetroot carpaccio or potted shrimp, and desserts that range from traditional Mont Blanc with chestnut to more experimental yuzu crème brûlée or matcha ice-cream.

Wine will be imported from French vineyards, and there’ll be a separate sake menu which includes a locally made craft sake Kanpai from nearby Peckham.