[SIGPLUS_EXCEPTION_SOURCE] Image source is expected to be a full URL or a path relative to the image base folder specified in the back-end but /blog/2014/rotorino-news/gallery is neither a URL nor a relative path to an existing file or folder.
0
Shares 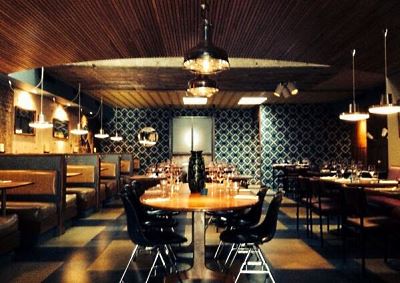 Stevie Parle's new restaurant Rotorino (which opens on 10 April) has been heralded as somewhere to challenge the perception of Dalston as a place where cocktails are only to be served out of jam jars and all the food must be of the dude variety. The Evening Standard went so far as to call it the River Cafe of East London.

Well, Hot Dinners has got their hands on the menu and full details of Parle's new place and we can say, hand-on-heart, that this is a place worth getting really excited about.

Billed as "an Italian osteria and wine bar with its feet firmly in East London", Rotorino is Parle's first new restaurant since opening the critically acclaimed (and also loved by Hot Dinners) Dock Kitchen back in 2009. It's being backed by Jonathan Downey from The Rushmore Group (who's behind Milk & Honey and Danger of Death). Split into two parts - a 60-seater restaurant and wine bar with room for 40 - the Kingsland Road restaurant aims to be a grown-up but relaxed place to eat and drink.

The design team responsible are Mango London Architecture, who also brought us Milk & Honey, The Clove Club and Sager & Wilde. There'll be booth seating, a huge communal table seating 24 people, a semi-private dining room seating between 12 and 16 as well as space outdoors come the summer.

In the kitchen will be Alex Jackson, current Head Chef at Dock Kitchen, who'll be using the best of British and Italian produce to create delicious dishes. So you can expect fish from the South Coast of England and coppa, salama and bresaola cured nearby in Highbury as well as Amalfi lemons. A raw/cold section includes sea bream carpaccio with squashed datterini tomatoes and marjoram (£7.50). From the fried part of the menu there's chickpea fritters with anchovy and sage (£3.50) and for offal-lovers how about a spleen sandwich for £4.50?

Pasta main dishes include pea gnudi (£6.50) and bottarga spaghetti (£13) while the grill section features a T-bone steak with salsa verde for two to share at £42 and slow grilled pork shoulder stuffed with myrtle for £13.50.

For desserts there's cannoli, fried pasta with melted chocolate and mulberry syrup to share between 2-4 people for £5.50 as well as a range of ice-creams.

For the full menu, check out the gallery below.

The wine bar at Rotorino is almost a separate entity. The list has been curated by Street Vin's Ruth Spivey with over 40 wines on offer; half Italian, half from around the world, and many available by the glass or carafe. Prosecco will be just £3.50 a glass or £20 a bottle. There'll also be Italian craft beers on offer and we predict a lot of Lambrusco being drunk here over the coming months. Unlike the restaurant, which takes reservations, the wine bar will be for walk-ins only.

Rotorino opens on 10 April 2014 at 434 Kingsland Road, London E8 4AA. Opening hours are Dinner and Drinks Monday-Wednesday 5pm to midnight and Thursday-Friday 5pm-1am. Saturday 11am-1am and Sunday 11am-midnight with dinner served on Sunday evenings. For reservations, call 020 7249 9081 or book at www.rotorino.com and for more information follow them on Twitter @rotorino.