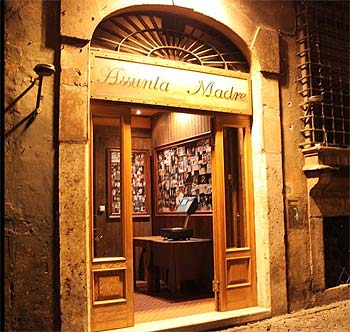 It's been a very successful seafood restaurant in Rome, but rather than expanding locally, London has been chosen as the location for the second Assunta Madre. The original in the Campo de Fiori area of Rome comes from ex‐fisherman Johnny Micalusi and serves fish caught by the restaurant's boat (also called the Assunta Madre) and purchases more from Rome's Terracina auction.

This very fish will also make it onto the plates in their new Mayfair restaurant as it'll be flown in daily from Rome (and there's also an Aquarium if you want to be choosing your fish as fresh as possible). Fans of the original can expect many of their favourite dishes to pop up in London too, with their tuna tartare and shrimp gnocchi defintiely on the menu and a chef preparing Ceviches in the main dining room by their iced fish counter.

The restaurant itself, just off Bond Street, will seat 90, with a basement private dining room that will also seat 30. It may also be a new place in London for star spotting as the original has Robert De Niro, Quentin Tarantino, Woody Allen and Rafael Nadal as regulars. We'll have to see if it makes it onto our Star Spotting Map.