Rok Smokehouse's second restaurant will be on Islington's Upper Street 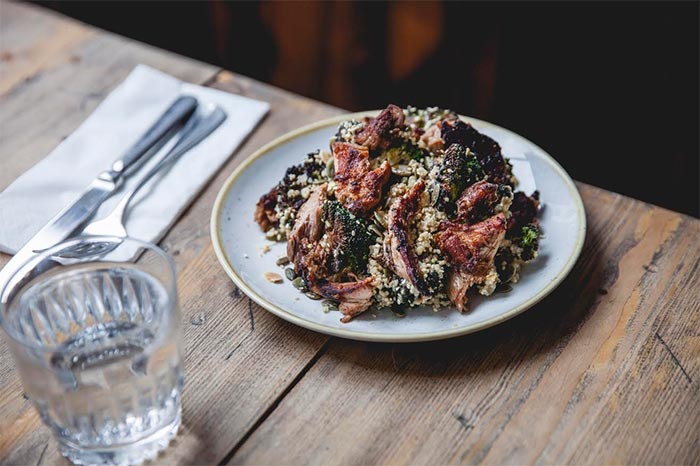 Jay Rayner praised the "the sheer pleasure" of their food. Grace Dent eulogised their "highly devourable sharing plates". And on the back of such success Shoreditch smokehouse Rök are now opening their second restaurant. They're taking over a Grade II listed building halfway up Upper Street where they'll open a 60-seat restaurant and bar in July.

Rök Islington will launch with a seasonal summer menu by executive chef Matt Young featuring aged beef rump with creamed cows curd and sorrel vinegar, guinea fowl with semi-cured pork belly and butter poached wild vegetables and dark chocolate mousse with espresso sorbet and malted crumb. But for fans of the original fear not, favourites such as their scallop, nduja and seaweed and the wood smoked peach with Laphroaig honey of which Dent said "not liking the wood-roasted peach would be an excellent Blade Runner-style test of whether you’re a human being or not."

At the bar, cocktails will once again be by cocktail guru Matt Whiley, so expect to find his Seasonal Bones and Aquavit Sour that you can get in Below the Smoke - the bar under the original restaurant. There'll also be a larger wine list here with a focus on biodynamic and minimum intervention wines.

Rök Smokehouse and bar Islington will open officially on 4 July 2016 at 149 Upper Street, London, N1 1RA. They'll be holding a soft launch from 4-6 July. They'll be open for lunch and dinner seven days a week. Keep up with their news on Twitter @roksmokehouse