Rök goes healthy for their new Soho base 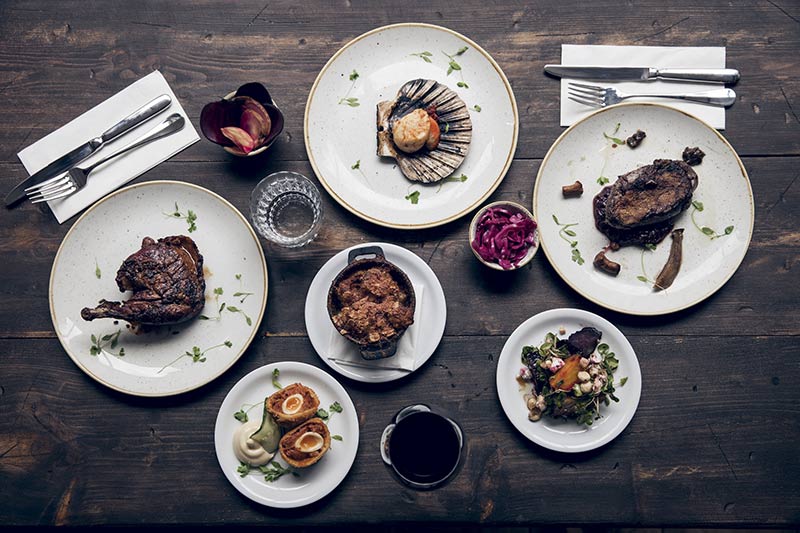 In a nutshell: Scandi smokehouse with a new healthy edge comes to Soho

Summing it all up: Rök - which literally means ‘smoked’ - are known for their meats and seafood, so we’re very curious to sample their new health-conscious menu for Soho, which is laden with home-pickled treats, plant-focused dishes and something called a drinking vinegar...

First, Rök arrived in Shoreditch. Then, they opened in Islington. Now, Soho is the latest spot to get its own branch of the Scandi-inspired restaurant, with a revamped menu that's all about the veggies and plant-based dining, with a serious nod to the pickled, fermented and preserved.

In fact, there’ll be a far heavier focus on healthy produce than we’ve seen before, including the restaurant’s own new range of healthy probiotic drinks, cultured dairy products and a whole section on the new menu devoted fermented and pickled dishes made in their very own preservation cellar. Though - fingers crossed - we’ll still get to tuck into their ‘nduja scallops and kid goat with celery relish.

Thanks to their collaboration with Matt Whiley, there’ll also now be non-alcoholic and low ABV% drinks to try, plus ‘drinking vinegars’, which we’ve heard isn’t quite as it sounds, and is supposed to offer bountiful health benefits.

“We feel this is the right time to introduce some of the unique ingredients from across the region which are mostly absent from menus in London,” said Matt.

To make sure they’re properly focused on the new opening, it also means that Rök’s residency at The Kitchens at Old Spitalfields Market will be ending.

Where is it? Soho - address TBC