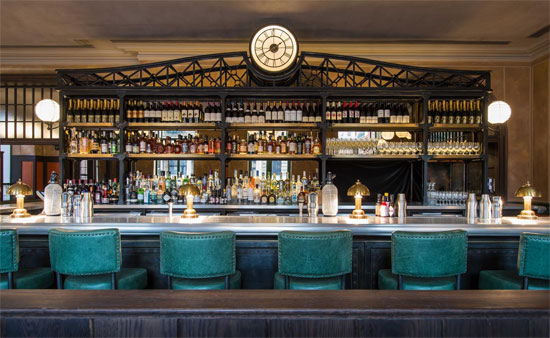 Richard Caring's group of restaurants, Caprice Holdings, is expanding with the opening of The Ivy Market Grill in Covent Garden before Christmas.

The new restaurant will be on Henrietta Street which you may remember used to be a Lloyds Bank and Pizza Hut. Before that it was the original Boulestin restaurant (thanks to Hugh Wright for that tip). And way before that, it was built in the 19th century as the Covent Garden Hotel.

There have been a few staff named. Running front of house as General Manager will be Yishay Malkov who you might remember in a similar role at Gordon Ramsay at Claridges and later at Roka. In the kitchen is Sean Burbidge who was previously head chef at Petrus. On the menu, expect to find versions of some of the more famous Ivy dishes.

Inside, the two floored venue will feature a grill restaurant, bar, café and a dining terrace with room for 40. Open all day it'll serve up everything from weekend brunch to afternoon tea and pre and post theatre suppers.

Fernando Peire, Director at The Ivy says: “This restaurant can almost be viewed as the little sister of The Ivy but with its own distinct character. The extensive menu and outdoor seating will give customers a whole panoply of different dining experiences in the heart of historic Covent Garden.”

The new restaurant will prove a handy haunt for patrons of the original Ivy which is closing its doors temporarily in January for a major refurbishment.