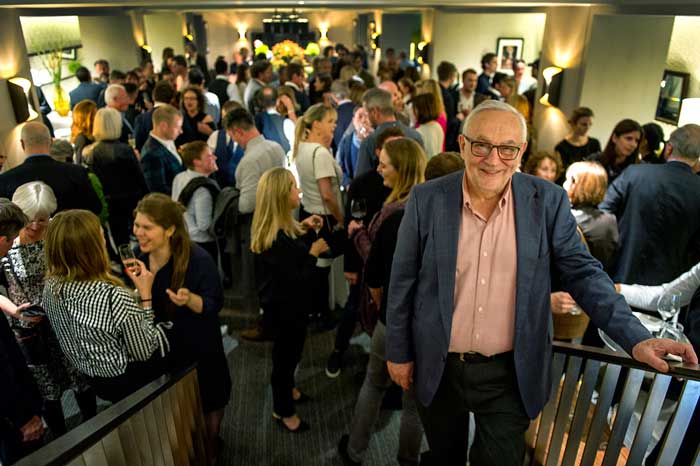 Well there was quite a shindig last night at The Berkekey hotel in Knightsbridge for the launch of Perre Koffmann's new cookbook and to celebrate the amazing achievement of 50 years of professional cheffing. The party was held at his restaurant there, Koffmann's which closes at the end of the year.

We particularly liked an illustration which showed the chefs who had worked under Koffmann during his half century in the kitchen - an amazing roll call of talent ranging from Gordon Ramsay and Marco Pierre White to Jason Atherton and Tom Kitchin. Two of those were there at the party last night to celebrate their old boss, Eric Chavot and Bruno Loubet.

"It’s my job – I’ve done it all my life" - read our interview with Pierre from when he first opened Koffmann's.