Red's True Barbecue comes to London and lands in Shoreditch 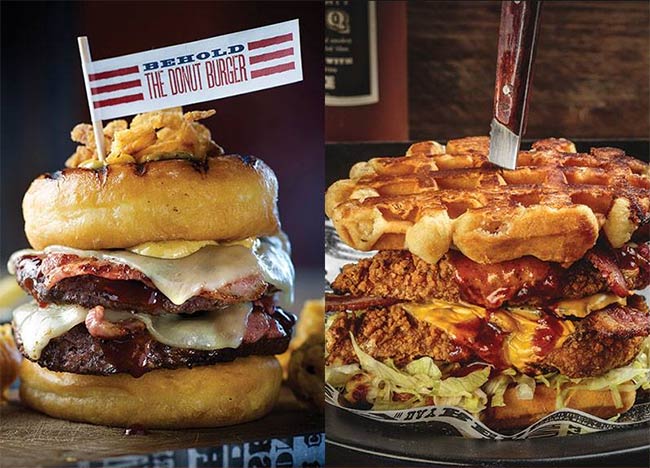 There's no slowing down the barbecue trend in London as another restaurant will soon be smoking all sorts of meat in Shoreditch. This time it's Red's True Barbecue, which has a number of restaurants in the north (Leeds, Manchester, Nottingham, Headingly), and this is their first in London.

The menu will be the same as in their other restaurants with some fairly outlandish dishes on the menu. Like the "Ox Cheek Bone Luge" - 8 hour smoked and shredded ox cheek over a "marrow bone canoe" and "a shot of bourbon to luge with". Or there's the Donut Burger which has two patties, cheese, bacon and crispy onions inside, yes, two glazed doughnuts.

So yes, this isn't a place to go if you're on a diet (unless you really want to blow it in style). Also on the menu, which we're told should be the same as the other restaurants, is :

The restaurant, which is taking over the space that used to be La Casa Negra, will seat around 150 and will be split across two floors. As for the design, they're not cutting corners there and are recruiting Russell Sage studios (Grain Store, Dishoom, Quaglino's) to fit the place out. Red's James Newman says "as with all our sites, each has a different creative style and design. Shoreditch is set to step the game up once again."

It'll be primarily a no-bookings restaurant (although they will take bookings for 8+ mid-week). But they will take your number and call - so you won't need to queue. But you may need to walk home to work off some of that food...