[SIGPLUS_EXCEPTION_SOURCE] Image source is expected to be a full URL or a path relative to the image base folder specified in the back-end but /blog/2014/reddogmenu is neither a URL nor a relative path to an existing file or folder.
0
Shares 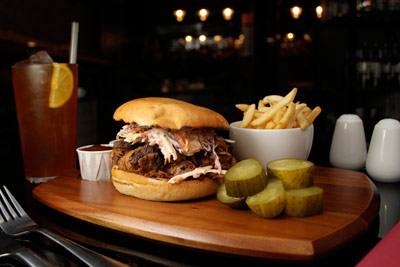 London's BBQ trend is showing no signs of slowing down as American restaurant Red Dog Saloon is about to head south with a new restaurant in Clapham called, appropriately, Red Dog South.

The current Hoxton restaurant specialises in American BBQ and the same can be expected from its Clapham cousin. So you can expect pulled pork, ribs, smoked blackened salmon, burnt ends, southern fried chicken and a whole heap of burgers. Those include the Devastator - 18oz chuck steak, 200g pulled pork, 6 rashers apple-wood smoked bacon & 6 slices American cheese. So that'll be the diet option then...

The bar menu adds wings, fried catfish, mozzarella sticks and a selection of burgers alongside cocktails, margaritas, bourbon and plenty of American beer too.