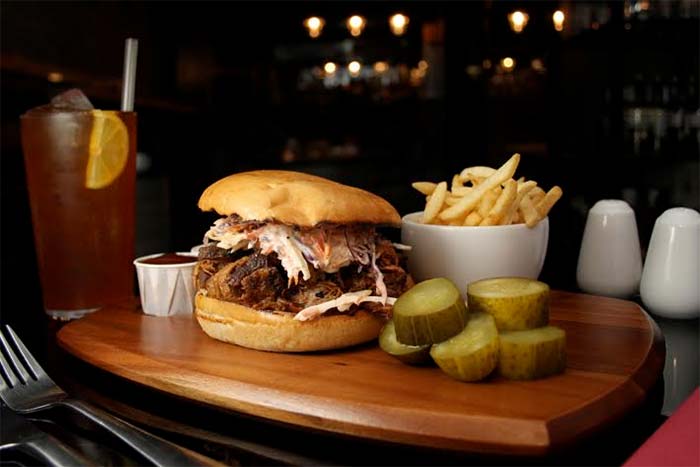 Red Dog Saloon have just opened their latest place - this time heading a little outside of London with an offshoot of their Hoxton sandwich restaurant - they've opened Red Dog Sandwich at Lakeside. So if you're up there for a little light January sales action, you may want to pop by for a BBQ refuel.

They'll have all kinds of sandwiches from a Texas Cheesesteak (brisket, fried peppers, onions and topped with melted provolone cheese) to a Cold 45 (topped with Kansas City sauce, provolone and fried onion rings), And if you're off bread for January you can get plates of meat too - and sides include Mac n Cheese, Onion Rings and BBQ beans. Plis there are burgers, chicken wings and more.