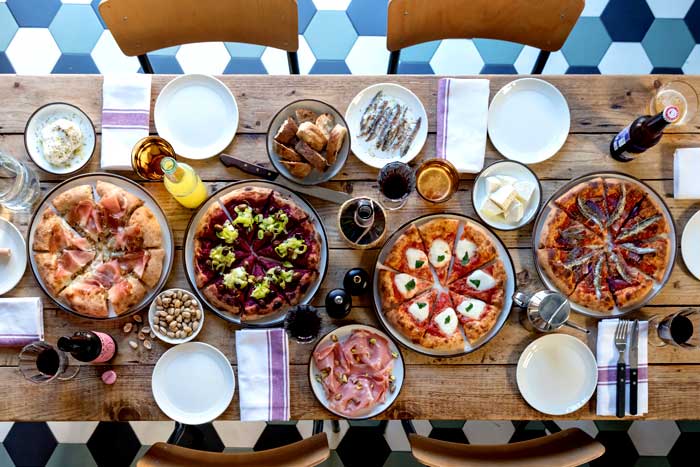 There's a new pizzeria hitting Hoxton. Radio Alice, named after an Italian pirate radio station, is taking over the spot where Monikers was on Hoxton Square. It's the brainchild of brothers Salvatore and Matteo Aloe, who already have five well-respected restaurants in Italy.

The thing they do differently is, after having made their pizza dough from mother yeast and ancient stoneground flour, they cook the base, slice it and only then add the toppings. Their style of pizza was dubbed Berbere which is what they named their Italian chain.

Now the brothers have teamed up with Emma King, a co- founder of Gail’s Bakery, to take London by storm. They're giving traditional organic and slow food ingredients a modern spin. We sneaked a peek at their Italian menus which have combos like Tomato, Nduja di Spilinga and Caciocavallo cheese and also Speck, gorgonzola, nuts, acacia honey and fiordilatte.

There'll also be a short menu of piccoli (small bites), and house made dolci.The examples we've been given is chocolate gelato with a liquorice brioche or maybe cucumber, lemon and mint sorbet with a dash of gin - so, not your usual Italian desserts then.

Wines will be ‎Italian and organic including a bag and box wine from Libera Terra and there's also the brothers' own beer, La Bassa, made in collaboration with Brew Fist in Italy.