Potlatch supperclub turns up at The Clerkenwell Kitchen 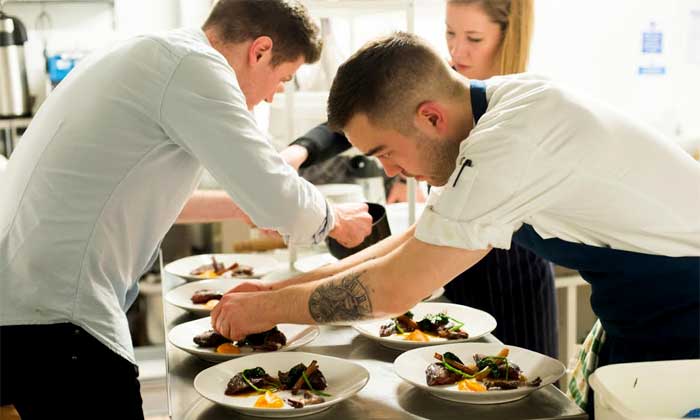 Everybody likes a new, interesting venture and, following The Potlatch's sold-out launch event last month, they're back with a second installment. This month, Nick Gilkinson has chosen The Clerkenwell Kitchen - who specialise in organic and free-range produce - to host his 'gift-giving feast'. In the kitchen is current Portland sous chef, Edoardo Pellicano, and his five course menu for the pop-up's second event sounds amazing.

Then it's time for four courses, including Biancoperla cornmeal, seared langoustine, boneless chicken wing, roasted chicken and ginger jus and Blackface lamb with ramson, pearl barley and Roscoff onions. For those with a sweet tooth, there'll be an un-yet-revealed dessert followed by petit fours.

"The Potlatch is about groups of people coming together," says Nick. "It's about having a great time, being excited about trying something new, and leaving with a smile on their faces.“