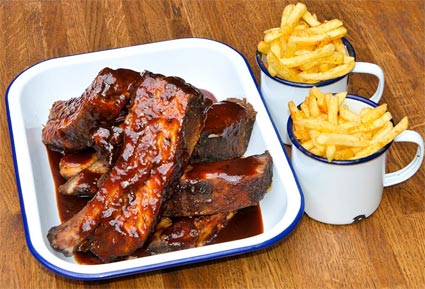 Already a hit in Camden, where it opened its first restaurant early last year, Porky's BBQ restaurant is getting ready to open its second restaurant in Bankside.

4 things you need to know about Porky's Bankside

1. What kind of food? Slow-cooked American barbecue dishes on their Memphis-style grill including Memphis meaty ribs and tips, which are dry-rubbed and gently smoked low and slow over hickory wood, then served with Porky’s very own homemade BBQ sauce. Plus there will be their hot-dogs, aka hounddogs, which have either pulled pork, streaky bacon and jack cheese or chilli and cheese toppings.