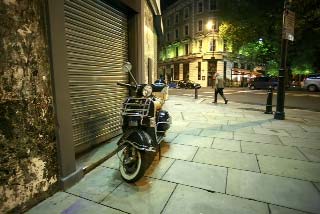 The space that housed The Foundry near Old Street will now play host to 'Thursday' wine bar Sager and Wilde, every Thursday until the end of December, featuring some big hitting wines from across the globe, all poured by the glass.

Sager and Wilde is a collaboration between Michael Sager and Charlotte Wilde, just returned from their travels to San Francisco, having previously worked in some of London's top restaurants and bars. Michael brings experience from bar managing stints at The East Room, Milk and Honey and Quo Vadis, before managing RN74 wine bar in San Francisco. Charlotte has spent time at Milk and Honey, Jamie Oliver, and most recently Bar Tartine in San Francisco, and is currently now also on the wine team at Hawksmoor Air Street.

The big draw is the quality of some of the wines they will be pouring by the glass, limited quantities of rotating stellar producers. Highlights will include Didier Dagueneau Pouilly Fumé at £9.50 a glass, Marc Colin 'En Remilly' Saint-Aubin at £7.50, cult Californian producer Sean Thackrey's wine 'Pleiades XXI' at £7.50, d'Angerville 1er Cru Volnay at £9.50, and iconic Spanish red Vega Sicilia 'Alion' at £10.

Wines poured on any given night begin at £4.50 a glass, with a rotating selection of a couple of fine wines open at any one time.

To soak up all that fine wine, there will be a selection of quality cheese and charcuterie from some of the best suppliers and producers in London right now. There will be a plate of three seasonal cheeses at £6, sourced from Spitalfields cheese shop Androuet. Charcuterie plates come via Picco, an Italian family based in North London with a salumi making history stretching back eighty years, using top grade free range pork for the cured meats (Coppa, Finnocchiona, Soppressata, Salame Sale e Pepe, Pancetta), served with Hackney Wild Sourdough from E5 Bakehouse for £7. There will also be grilled cheese sandwiches with Montgomery Cheddar and homemade pickles of chanterelle mushrooms, radish and fennel.

And to bring everything together, the soundtrack will be music from Dan Willis of Upstairs at the Ten Bells/St Vibes/The Clove Club. Sounds like our kinda place.