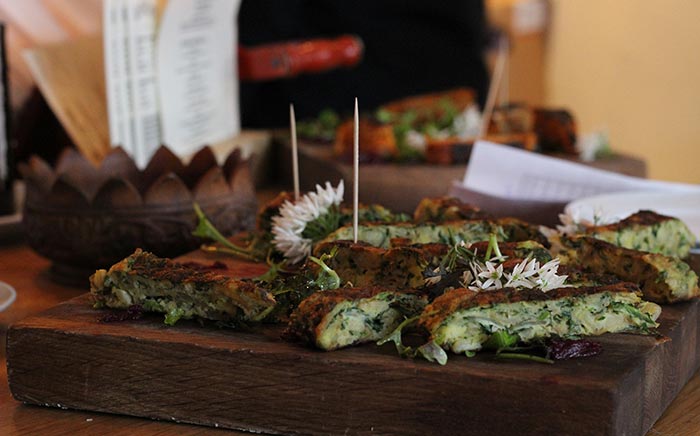 Poco, a tapas restaurant that's been open in Bristol since 2011, is coming to Broadway Market. It's from Tom Hunt - better known to some as the author of The Natural Cook - who's joining up with his partners Ben Pryor and Jen Best to bring the restaurant to London.

Expect tapas based on organic and seasonal British produce - their claim is that it's "100% seasonal, 90% British and 10% European non-air freight". To this aim, they'll be sourcing food from Dagenham Community Farm, Kappacasein Dairy, Fish For Thought, The Butchery, and Organiclea, a worker’s co-operative in Lea Valley.So the menu will change a lot - but some of the dishes that could be on the menu are:

Excpect some Moorish influences on the menu too - in charge of the kitchen will be Henry Russel who used to be head chef of Morito.

And weekend breakfasts. That'll be served from 8.30am on Friday and 10am on Saturday with organic eggs ‘how you like them’ on sourdough with homemade harissa, and Tom's own recipe chorizo, muergez or home smoked trout.

Cocktails will be seasonal. They'll be from co-owner Ben Pryor made from foraged ingredients, homemade tinctures and cordials.

Plus there will be their own beer too. They've joined up with Wiper and True to create a saison beer made from foraged elderflowers and English Cascade and Archer hops.

Poco will open in September at 129A Prichards Road, London E2 9AP. Follow them on Twitter @eatpoco