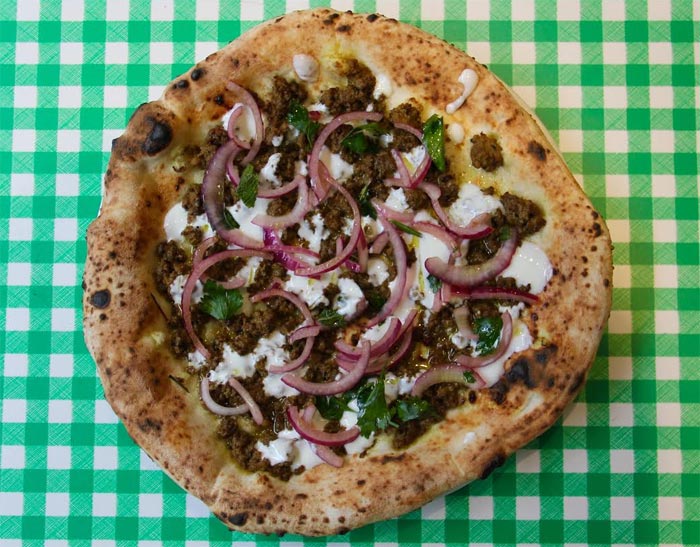 Fresh from getting a Francesco Mazzei seal of approval, Pizza Pilgrims are about to head into the City for a week long pop-up with Vivek Singh's Cinnamon Kitchen.

They'll be setting up shop (or more accurately, van) on Cinnamon Kitchen's terrace from noon to 9pm for some Indian inspired pizzas including:

All of those will be £8 each and they'll be doing drinks too - where The Pilgrims' own-brand limoncello Pococello in the mix for the Pococello Spicy Spritz (£9) and a Ginger Negroni (£8) with homemade galangal ginger juice, Martini Rosso, Campari and plum wine.