Pidgin, Temper, Cook for Syria and more win at the 2017 OFM Awards 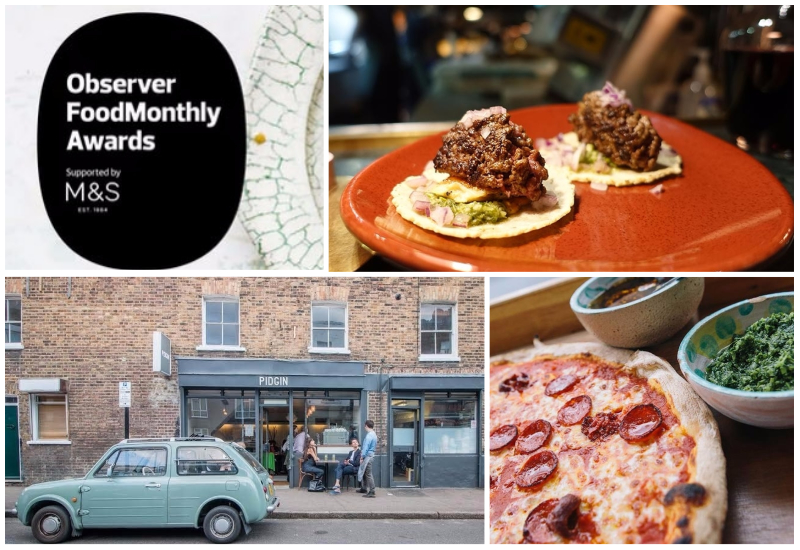 It's fair to say there are a lot of restaurant awards throughout the year - with stars, rosettes and more given out all over the place. But if there's one that we always look forward to all year long, it's the Observer Food Monthly Awards (they really do know how to throw a good bash). Last night's festivities were presided over by the paper's restaurant critic Jay Rayner and Nigella Lawson who described the event as "extraordinary...I loathe the word passion but that's what the awards have and the magazine has - and such integrity."

From this year's awards, a good many London spots grabbed gongs. So congratulations to Yard Sale (Best Cheap Eats), Neil Rankin (Best Newcomer in Food & Drink) and particularly Pidgin, who deservedly ran away with Best Restaurant.

While we're a little surprised at the Jamie Oliver win for Instagram, there are a few more awards on the list that stick out. Firstly the well-deserved award for the #CookforSyria project which we know Clerkenwell Boy has worked extremely hard on this year. And big congrats to Tom Adams - truly Coombeshead Farm is one of our favourite places in the UK.

Another hugely popular decision was the posthumous award to the restaurant reviewer to end them all, AA Gill. Daughter Flora came to pick up the award and recalled her many meals out with him, saying: "We'd always go and try and be really clever and say something to get into print but inevitably say something stupid - in truth the reason we loved going to lunch or dinner with dad had very little to do with the food and a lot to do with dad." In an emotional speech she added: "Daddy was amazing and funny and so loving and we miss him so much. So it's lovely to get something like this and know that other people miss him too."

As ever, the event's goody bag was a thing of wonder - with winner Rick Stein exhorting his sons, who picked up his award for him, to bring one home for him too. To see what was in this year's - check out our Instagram feed.

For more, including some great photography of the winners, pick up the Observer this Sunday.