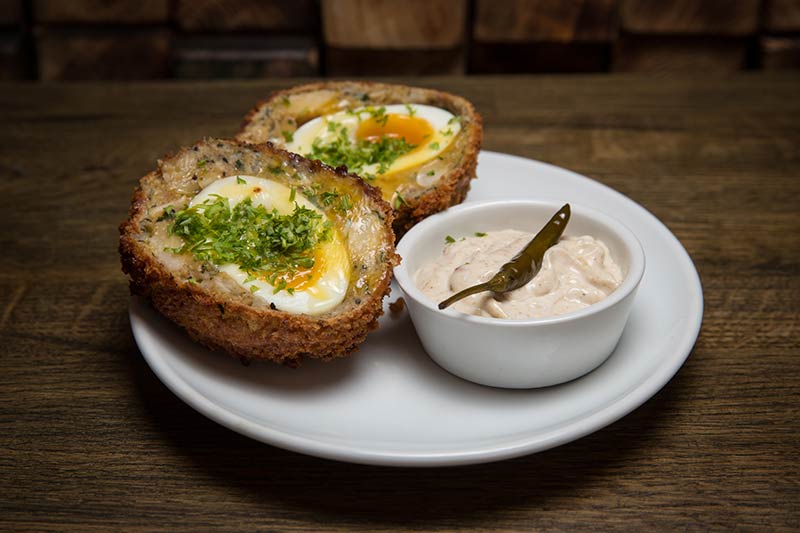 In a nutshell: Asian-inspired dishes and experimental cocktails

Summing it all up: Shoreditch’s latest trendy restaurant is the lovechild of two chefs who’ve want to experiment with their love of Asian food and “unusual cocktails.” There’ll be loads of pickled goods and flavours, and plenty on offer to those on restricted diets.

Here’s a new opening that sounds like it has a *lot* of potential - particularly if you’re gluten- or animal-product free. Ben Lusty (Som Saa) is teaming up with cocktail wizard Can Turker (Hawksmoor and Berber & Q), to launch Pickled Fred, a new restaurant and bar that’ll be dishing up plenty of pickled, and unpickled goods. They’ll also be joined by Dan Borham (Zoe’s Ghana Kitchen, Fleisch Mob, Sub Cult) which means that between the trio, there’s a serious wealth of experience, and healthy respect for big, punchy flavours.

The menu is Asian-inspired and designed to be friendly to those on restricted diets. That means there’s plenty of trendy vegan and veggie ingredients, like the starchy chickpea water aquafaba which they’ll be serving with avocado, or the pulled pork-esque jackfruit in their scotch egg. There’ll also be the option to select chickpea flatbreads as well, as a gluten-free alternative to normal bread.

Other plates to look out for include:

Given Can’s extensive mixology experience, there’ll be some creative additions on the drinks list, like the Fred’s Preserver, a preserved strawberry cocktail with rose petal wine, Aperol and peppercorn-infused vodka. Plus, we’ve never tried butter-washed tequila (but it sounds GREAT) and if you’re curious, it’ll feature in the Smoking Goat mixed with mezcal, agave and pineapple in a kind of margarita-style mash up.

And the name? That comes from a monkey named Fred, a pickle thieving primate the chefs met while holidaying together in the Philippines.