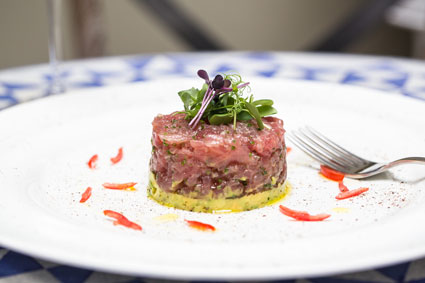 The man behind Assunta Madre brings another of his popular restaurants to town.

This time it's a Sicilian restaurant in Notting Hill that has outposts the world over.

What you need to know about Piccola Cucina

It's already popular in New York, Miami, Italy and Ibiza, where they say it's been frequented by people as diverse as Michael Bublé and Adam Sandler. According to the press release "It’s a bit like eating very well in your own front room, if your front room is in a Sicilian stucco-clad house decorated with hand-made tiles and locally-crafted dressers."

The man behind it has already opened Assunta Madre, earlier this year. This time, the menu will feature Sicilian, Italian and Mediterranean specialties including Tuna Tartare with Avocado; Grilled Involtino of Sicilian Swordfish; Pasta a la Norma with aubergine and tomatoes; Vermicelli with Mediterranean Lobster, and grilled meats.

When does it open? 11 October