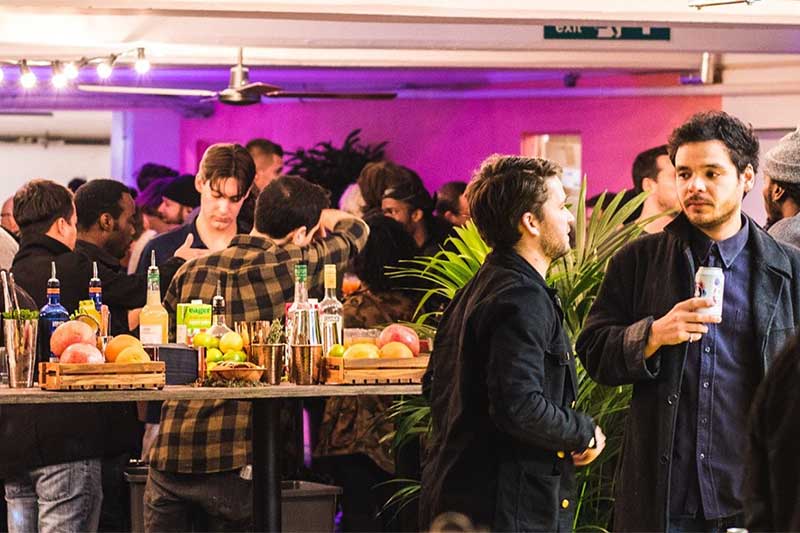 In a nutshell: Peckham's car park gets a lot more food and drink

Summing it all up: Peckham’s multi-storey car park is about to get a massive facelift when it becomes Peckham Levels, a new local hub that’ll be using two of its 10 storeys as a new home for seven vendors serving up local street food, a cafe, and two new bars like Made of Dough’s Lady Godiva .

Two storeys of food and drink

There’s no shortage of incentives to visit Peckham Rye’s multi story car park; it’s virtually a rite of passage to ascend its 10 floors for a Campari with a chaser of stunning South London views at Frank’s. Double points if you manage to shoehorn in a visit to the still fabulously cheap Peckhamplex cinema on the ground floor.

But come October there’ll be even *more* reasons for you to head down - seven to be exact. That’s because the car park is set to finally take advantage its full potential as the all new Peckham Levels, jammed with community-led incentives, studio and co-working spaces, and best of all, two new floors of food and drink.

The fifth and sixth level is where it’ll all be going on, with seven resident food traders settling in alongside two new bars and a cafe. Local duo Drum & Flats, “two bruddas sharing our love for wings with the people of London Town”, will be leading the charge with their chicken wings doused in homemade sauce, having cut their teeth at the nearby Peckham Springs.

They’ll be joined by Nandine who’ll be bringing Kurdish mezze, which hopefully includes their gorgeous börek. If you’re in a poultry mood, there’s Canard with confit duck reimagined as street food, and Brixton Pop residents Otherside Fried with their fried chicken burgers.

WEST, a new local cafe will be on hand to serve natural wines, well as Californian-style breakfasts.  Plus, Made of Dough, who’ve just opened their first proper bricks-and-mortar pizzeria just down the road,  will be getting involved too with their Lady Godiva craft beer bar.

Peckham Levels is set to open in October, giving you a reason to visit even when the weather’s turned for the year.