PAUL goes into the restaurant business 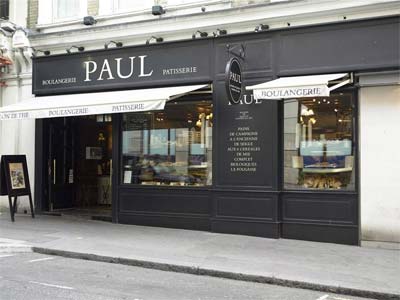 Best known for cakes and sandwiches all over town, bakery group PAUL is now going to the next stage with the opening of an all-day "casual dining restaurant" in Covent Garden.

The new restaurant will be called Le Restaurant de Paul and will obviously have a French focus to the menu. So that means Coq au Vin, Confit de Canard aux Olives and Entrecôte á la Bordelaise – aka "steak et frites" plus more to be announced.