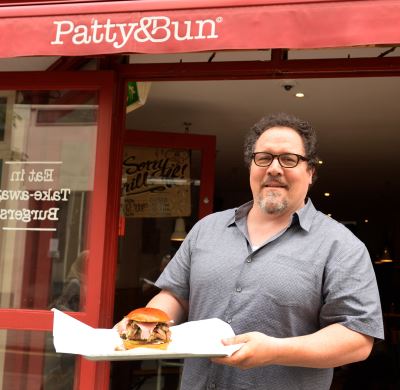 To tie in with the release of Chef - Jon Favreau's new movie about a chef quitting his job to start up a food truck business and rediscover his passion for cooking - London's Patty&Bun have come up with an honorary burger for the actor.

"As soon as I saw the film I knew I wanted to bring it to life at Patty&Bun," is how Patty&Bun's Joe Grossman explains the genesis of the burger. "It's a tribute to Jon Favreau, his epic film and his immense passion for food.”

We caught up with Favreau himself yesterday at a screening of the movie in London. To find out where he likes to eat in London - and why chefs in the US aren't so keen on Yelpers, see our story here.

The ‘Jon Favreau’ burger will be available from Monday 23rd June in Patty&Bun's restaurants at St James Street and Liverpool Street and will be on for two weeks.