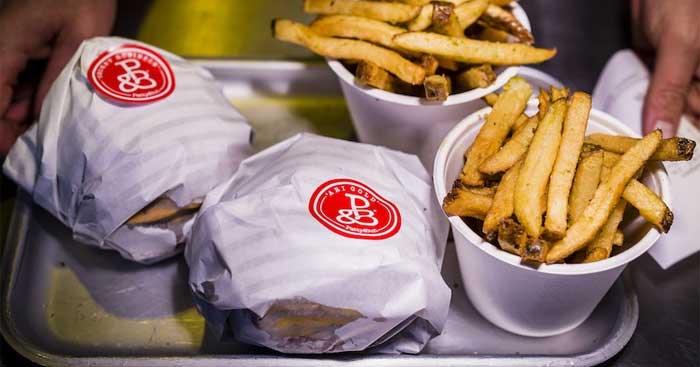 When a Hot Dinners reader mentioned to us on Twitter that Patty & Bun had their eye on an East London arch, we went into investigation mode. Turns out the popular burger bunch have taken over a spot on Mentmore Terrace in London Fields, just beside E5 Bakehouse. And while the space is primarily intended as a prep kitchen for their two restaurants and truck - "The guys have been looking for an amazing railway arch space for a while" we were told - "they also have some other interesting plans for it."

They're hoping to use some of the space here as a neighbourhood Patty & Bun. So while it's not primarily a restaurant, there's going to be an opportunity for Hackney folk to get their burger fix here. They're going to be serving a few different menu bits from all the sites with a limited menu and some specials too. Apparently there's a cracking smoker on site as well as a yard space out the back where they might hold some wood fired BBQ sessions. We were told to think "chilled yard summer vibes".

Patty & Bun will open mid-late June 2015 at 397 Mentmore Terrace, London E8 3PH. Keep up with their news on Twitter @pattyandbunjoe