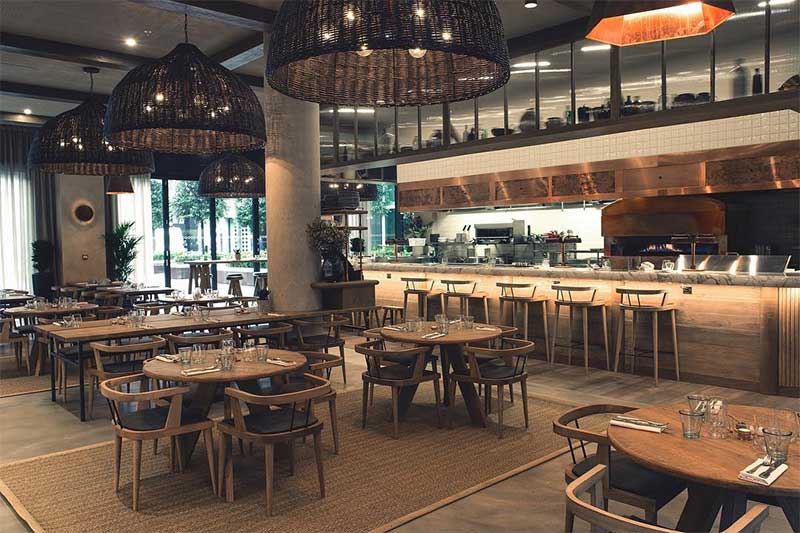 In a nutshell: All-day Italian

Summing it all up: The team behind Foleys and the Rum Kitchen are heading to Old Street where they’re opening a pretty sizeable new restaurant, which will be serving Italian-via-LA cuisine from 7am to midnight all week long.

An Italian restaurant is headed to Old Street from team behind Foleys.

Leading in the kitchen will be head chef Massimiliano Iaquinoto, who trained in his home country of Sicily’s two Michelin-starred restaurant, Locando Don Serafino. He later worked in London’s Zafferano and Shoreditch House. He’ll be joined by Executive Chef Joe Hill, who also worked at Shoreditch House. And on top of that, Zeren Wilson will be behind the wine list.

We’re rather light on details as to what dishes Massimo will actually be cooking, but It looks like pizza will be the main attraction. It’ll be a 7am to midnight affair so all your brunches, lunches and dinners will be covered, throughout a variety of small and larger plates. It'll also have quite a lot of space to sit outside, which will be lovely if London manages to treat us to some much-deserved late Indian summer weather, but equally usable if not, as it’s been designed for use year round.

It sounds like quite an impressive set up - plenty of vast tables, an open kitchen, a marble-topped bar and a chef’s table. We'll add more about the food on offer as soon as we hear more.

When does it open? Now open.