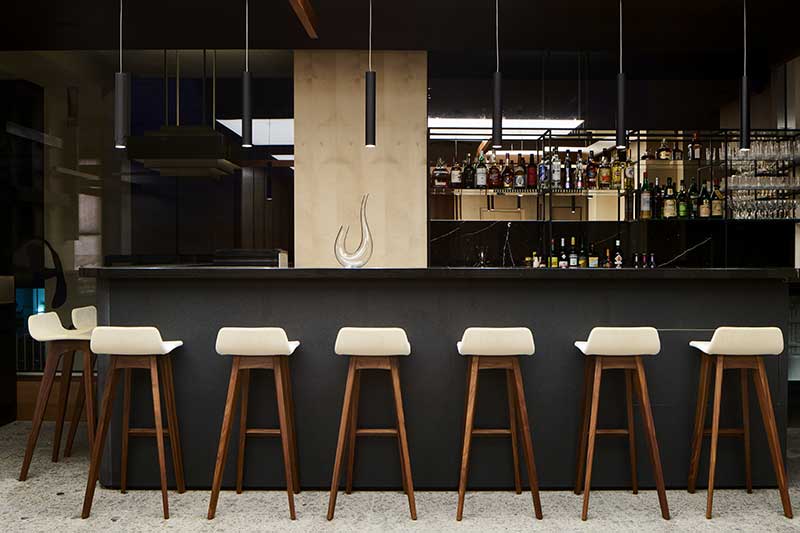 In a nutshell: Soba noodles from Paris

Summing it all up:After success in the charming St Germain de Prés area of Paris, soba specialists Yen are now making the move to London, bringing with them their traditional Japanese noodles, tempura, and a sushi counter.

Soba fans get ready. Yen, a top Japanese restaurant in Paris, will soon be making the hop across the channel to the Strand.

Similarly to their French flagship restaurant, buckwheat soba noodles will be the main focus here, made fresh in-house twice a day in a glass space inside the restaurant so you can see how super-fresh they are. You'll be able to have those noodles cold with a variety of dips, grilled meats or tempuras, or served in hot soup with a selection of toppings.

If you're not that into soba, there'll be a lot of Robata and tempura dishes, including Yen’s signature oyster and courgette flower tempura and Wagyu steak with Ponzu sauce. If you want to really push the boat out, opt for the omakase menu, where the choice of dishes is left up to the chef.

In addition to the main restaurant there'll also be an eight-seater sushi counter so you can expect a lot of great sushi here too. The chefs involved ought to know what they're doing. Running the whole thing is Hiyama Hiroki, who has worked in a variety of Michelin-starred restaurants including the 3-Michelin starred Ristorante Da Vittorio in Italy. Head Sushi Chef will be Akinori Yasuda, who was Head Sushi Chef at Zuma for 6 years. And on noodle duty are Maruno Hidenori and Katsuki Sakurai who were sent off to train with the “Master of Soba” Mr Takahashi Kunihiro in Yamanashi, Japan.

On the drinks front the cocktails look like they'll be interesting - we rather fancy the sound of No. 9 - which combines toasted sesame and coconut infused Ketel One vodka, mandarin juice, nutmeg syrup, and scorched coconut foam. You can also expect a pretty wide ranging selection of Japanese sakes, beers, shochu, plum wines and whiskies.