OXBO Bankside and The Distillery are coming to the new Hilton 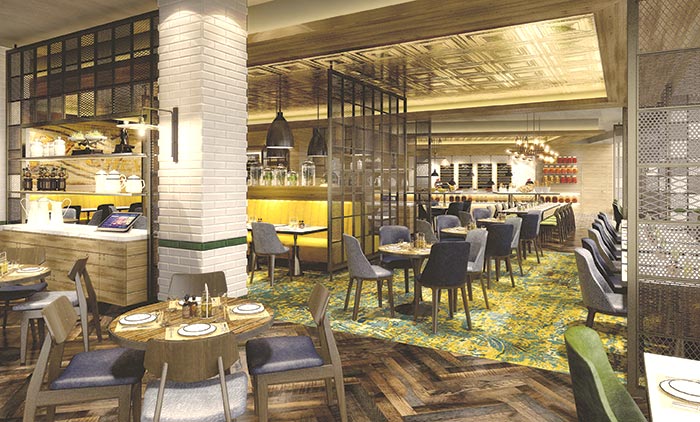 London's Bankside is getting a new Hilton hotel and, as you might expect, they've got a big restaurant and bar that they're hoping will be a bit of a gamechanger for the chain.

OXBO Bankside is on the ground floor of the hotel. It's going to be big - room for 168 diners - and they've got a suitably hotel-trained up chef to run it. Paul Bates will be the executive chef and he comes here via Corbin and King's The Beaumont and the Intercontinental Park Lane. He'll be running an all-day restaurant that (unsurprisingly given its proximity to Borough Market) will focus on Borough's British food. Expect to find dishes like: Cox apple, cider marinated salmon, Cornish monkfish cheeks, pea shoots and English radish Sirloin of Gloucestershire beef with sauce Bearnaise New Haven Hake with squid, mussel and shrimp stew.

As for the bar, The Distillery will focus on artisan gins and locally crafted beers. Turns out the site it's built on used to be home to a Victorian essence factory so cocktails will feature homemade aromatics, infusions and bitters.