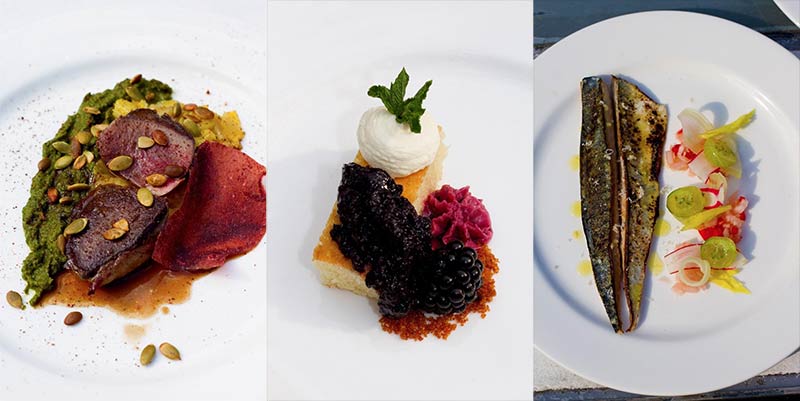 The latest residency at Soho's The Sun & 13 Cantons has been announced as Oxalis, a travelling pop-up led by a pair of chefs called Max De Nahlik and Nick Ross.

The duo will be pooling their collective experience and international know-how to serve up a menu that's as much about seasonal British ingredients as it is about traditional French cooking methods, and includes a nod to Nick's Canadian background.

There are a few rather promising dishes that stand out, particularly on the bar snacks list, like beef scrumpet with bone marrow, and short rib poutine (there's that Canuck influence we were talking about.) From the main menu, you can choose to go big or small on autumnal dishes like hake with romanesco, wild mushroom and polenta, and our personal favourite, grouse with beef dripping toast.

Both chefs have a very respectable set of names under their belts. Max has cut his teeth at Riverfood at the Duke of Cambridge and the Newman Street Tavern. Nick, on the other hand, trained in Toronto, before moving to the UK where he ended up working under Angela Hartnett.

The residency follows a five-month pop-up in Dulwich, where you may have spotted them in pop-up restaurant Platform 1. They've earned themselves some positive reviews, so this may well be one to make an effort for.