On the Bab is opening a takeaway spot in St Paul's 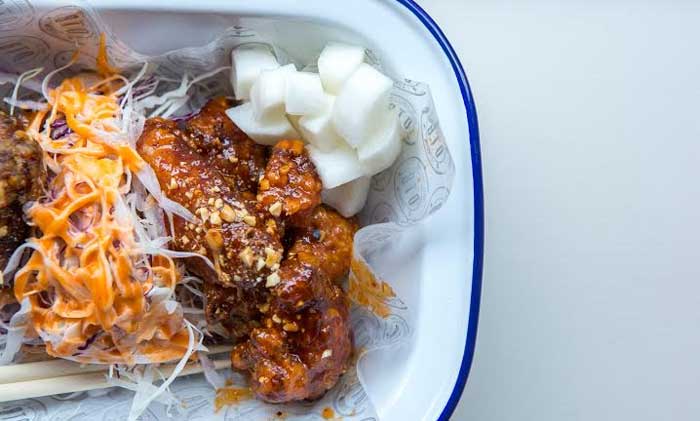 Popular Korean restaurant group On The Bab is about to open another place. Their fourth restaurant will be right by St Paul's, but this place will be essentially a takeaway site with a few tables for eat-in.

If you've been to one of their other branches you'll know what to expect here - plenty of KFC (Korean fried chicken) with a choice of two flavours – sweet soy and sweet spicy, both topped with crushed peanuts. There'll also be steamed buns, rice, and soup noodle with your choice of barbecue meat.

To celebrate their launch the St Paul's branch is offering three incentives to get City folk through the doors. On opening day (11 November) everyone visiting between 11:30am to 2:30pm will get a free small portion of Korean fried chicken, until stocks last. The following day they'll be offering 50% off and anyone handing over their business card will get a 10%-off card, which will be valid at all On The Bab sites for one whole year.

On The Bab St Paul’s will open for business on 11 November 2015 at 9 Ludgate Broadway, London, EC4V 6DU. Opening hours are Monday – Friday, 11am – 4pm. Keep up with their news on Twitter @onthebab