On the Bab brings Korean sharing food to Old Street 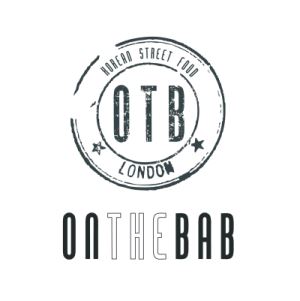 London's love affair with Korean food shows no sign of abating and one London restaurateur is looking to get in on the act. Linda Lee who founded Fitzrovia restaurants Koba and Nizuni is opening On the Bab on Old Street.

On the Bab - which translates as served 'on the rice' - will be East London's first anju restaurant (which according to Wikipedia is the traditional Korean cuisine of consuming food with alcohol, so it's got our vote) offering Korean sharing dishes - and a rather lethal-sounding cocktail list. The 30 seater restaurant won't take reservations and wil be open every day for lunch and dinner.

Dishes will include traditional staples such as soy garlic or sweet spicy Yangnyeom Chicken and Pajeon, (Spring onion Korean pancake with seafood), Baek Ban and Koba’s famous Soondoobu Jjigae (last year rated one of the best dishes in London by Time (Out) – a spicy seafood stew served with tofu and a hidden poached egg alongside London innovations including Kimchi Arancini – fried kimchi rice balls coated with bread crumbs – served with On the Bab’s secret sauce.

The cocktail list will focus on soju, a liquor synonymous with anju which will be offered in four varietals including blackberry infused and plum. One intriguing drink on the list is apparently "the sophisticated Korean cousin of the ‘Jägerbomb’" The Somaek sees a ‘bomb’ of soju dropped into a glass of ice-cold beer.

On the Bab opens with a soft launch on 9-10 December with 50% off food (lunch and dinner). It's a no-bookings restaurant so just turn up on the day. They open fully on the 11th.

It's 305 Old Street, London EC1V 9LA. They'll be open from 11:30am until 11pm Monday to Saturday. To keep up with their news follow them on Twitter @onthebab