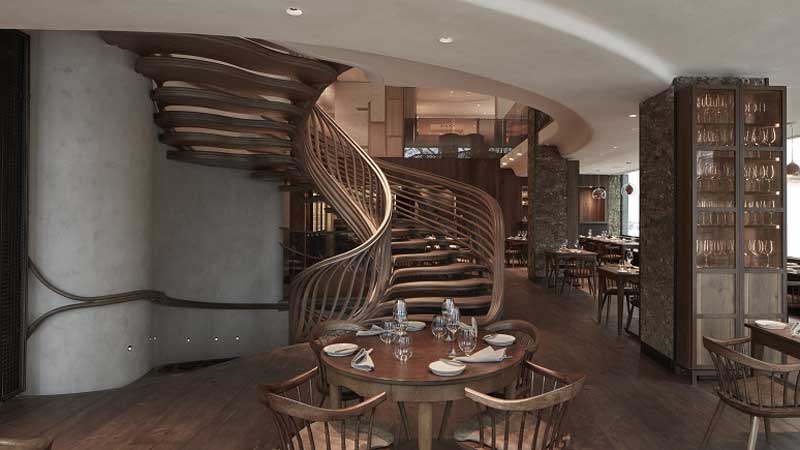 Updated 26/4/18 with menus. See our picture gallery from the restaurant here.

In a nutshell: Dabbous Mk II

Summing it all up: Ollie Dabbous is back with his latest restaurant called Hide. This time he's coming to Piccadilly and it's quite an undertaking. It even has a lift that will take you and your car to the first-floor dining room... 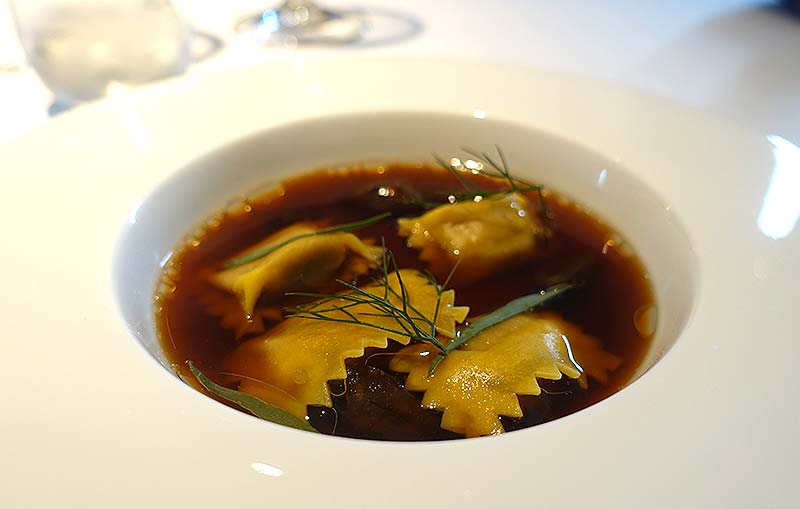 When it originally opened back in 2012, Dabbous in Fitzrovia was a monster hit, with months-long waits for a table. But last year it all came to an end as the restaurant closed. It was replaced by Noize, while Ollie Dabbous ran the menu at the excellent Henrietta restaurant in Covent Garden. But there was always a plan for a proper Dabbous follow-up and here it is with HIDE - and it promises to be one of the biggest openings of the year.

Dabbous has put together a stellar team for the new restaurant bringing in Lucas Selby - National Chef of the Year 2017 & Roux Scholar 2017 - and Josh Angus ex L’Autre Pied, Dabbous, Le Manoir aux Quat’Saisons to help him head up the kitchen here. Not to mention managers from Alyn Williams, Le Manoir and more to keep service levels spot-on.

We've had a chance to look walk through the building in progress and also try some of the dishes that will be on the menu. Here's what we've discovered... 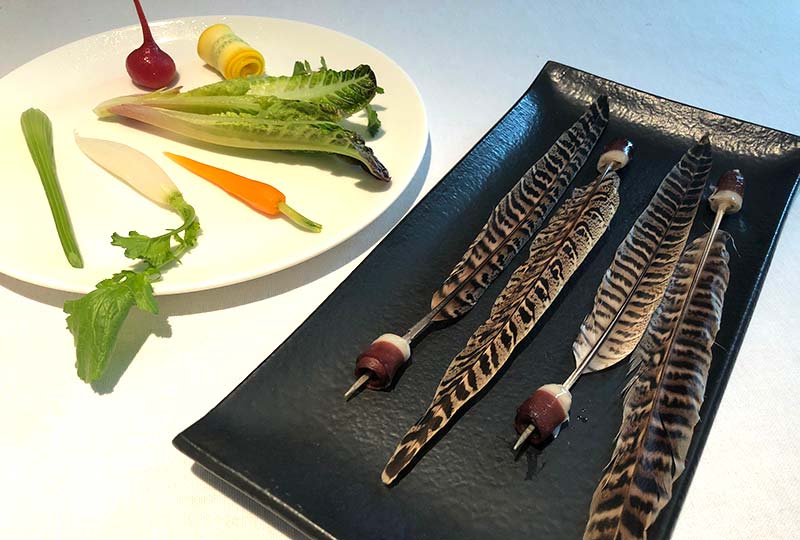 It's much, MUCH bigger than the original Dabbous. As the man himself told us "people often asked me why I decided to close Dabbous - when they see this, they'll understand". Indeed the basement kitchen (built to his bespoke instructions) is about four times the size of the original Dabbous kitchen (at least) and on top of that, there's another kitchen on the top floor. He'll be the envy of all London chefs.

Ollie's bought a soft-serve machine (as well as a batch-churn machine). We spotted it in the downstairs kitchen but he's still tight-lipped on what his plans for the machine are, but that he finds ice-cream fascinating - "the science in it - getting the right texture and flavour". So Dabbous soft ice cream sounds interesting...

There will be breakfast and afternoon tea as part of the all-day offering. Breakfast will be served from 7.30am with some different touches here, more of an Australian/South Pacific lighter approach and "hopefully the best in town," he says. Everything will be created in-house from the granola to the pastries, jams and smoothies. Expect a "playful" approach to afternoon tea too. 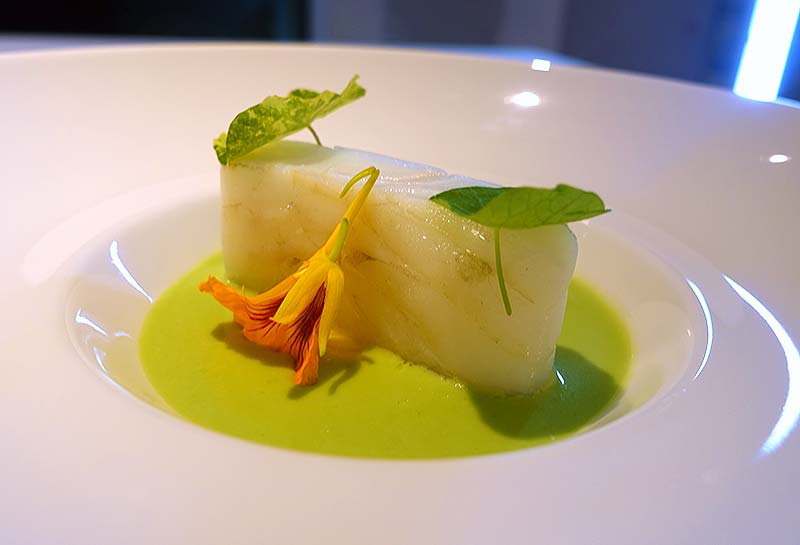 Steamed Ikejime turbot, sauce made from the bones, crushed nasturtium

It's all comprised of three areas, dominated by a pressed-oak spiral staircase. The staircase really opens up the three levels of the restaurant, which are:

Ground - this is the a-la-carte part of the enterprise - where they'll be serving the all-day menu from breakfast to late at night. It's where the bakery is too - so you'll see all the bread and pastries being created on-site here. As for what's on the menu:

Above - is the upstairs mezzanine area where you'll see a menu that's closer to the original Dabbous. There will be a tasting menu in the evening (they're aiming for sub £100 on that) and a set lunch too. And a wide-open view of Green Park. As mentioned, that's the part that will have its own kitchen - which is all visible (from both ground and upstairs) behind a window.

As far as the menus go, they have a 4 course set lunch for £42 and a Tasting Menu for £95 which comes with three types of wine pairing including a Hedonistic one at £295. Both menus have vegetarian versions.

Below is the downstairs bar. As with Oskar's at Dabbous before it, it's being run by Oskar Kinberg, so if you've been missing that bar - here's its follow up. The space looked about on par with Oskar's before it, with the addition of three small private rooms, seating 4-6 people which will have unique designs (one is being billed as the "broken" room) and it'll have a different menu. 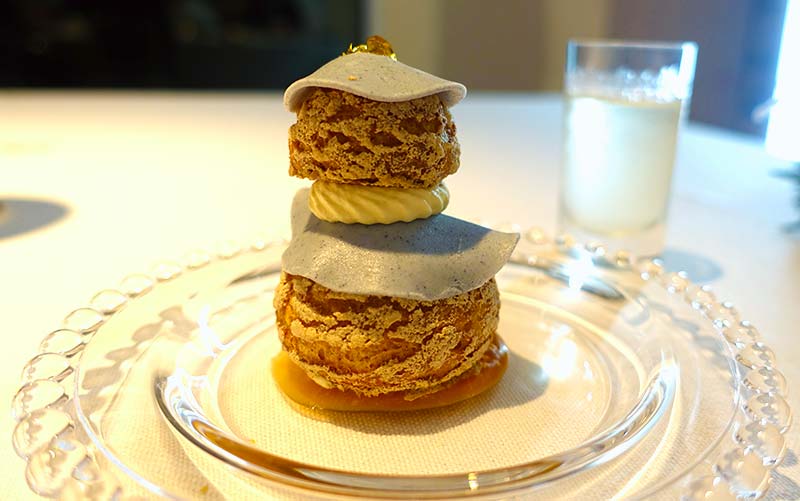 Downstairs is where you'll see the wine cellar. As HIDE is a collaboration with Hedonism Wines, expect wine to be a big thing. The focus on wine here can't be understated with up to 15 sommeliers being recruited to help run what's being touted as London's biggest restaurant wine offering. You can pre-book (and have pre-decanted) any of the 6,500 wines available at Hedonism or if you want something from their nearby shop on the night, they'll pop 10 minutes down the road to get that too. And expect a maximum of £30 corkage fee on any of the wines.

Although it's not all about wine - expect very rare spirits and Japanese whiskies too. And Oskar's cocktails.

You can use the car lift to reach the private room on the first floor. Yes, that's right - you can drive right up to the first floor of the dining room, and then your car can carry onto the car-park upstairs. We don't know just how much all that's going to cost, but for those people who really value their privacy, it means they can eat in the private dining room and no-one elsewhere in the restaurant would ever know they were there.

All in all - expect one of the most impressive new restaurants in quite a while. In charge of the design is Tatiana and Hedonism’s Evgeny Chichvarkin along with These White Walls studio and Lustedgreen architects. As Dabbous says "Evgeny was one of our regulars at Dabbous and even did a day in the kitchen, so it's been a fun collaboration." 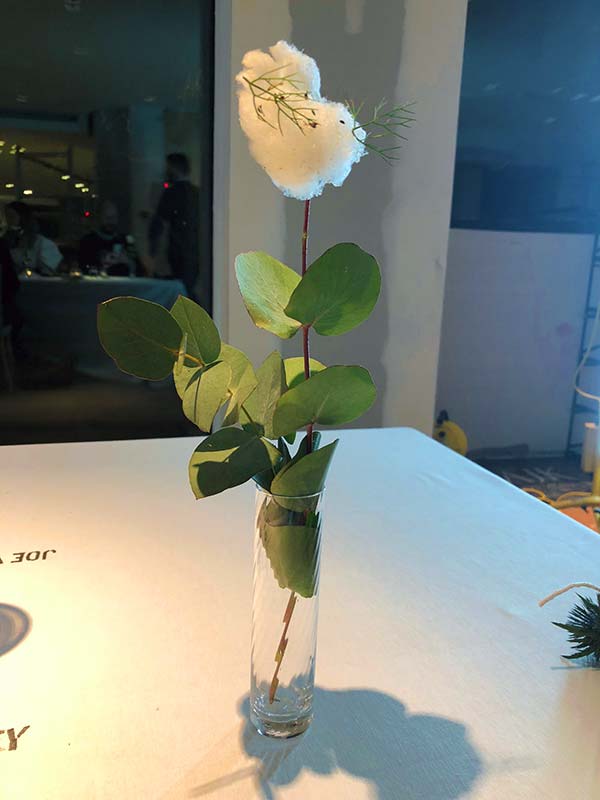 We'll have more about the menu as soon as we can - but in the meantime, we did get a sneak peek at some of the dishes that will be served throughout the restaurant.

All this was produced from a single fan oven and water baths - and was highly impressive given those limitations. When the kitchen really gets going, we're expecting big things. We'll be in for a Test Drive as soon as we can... 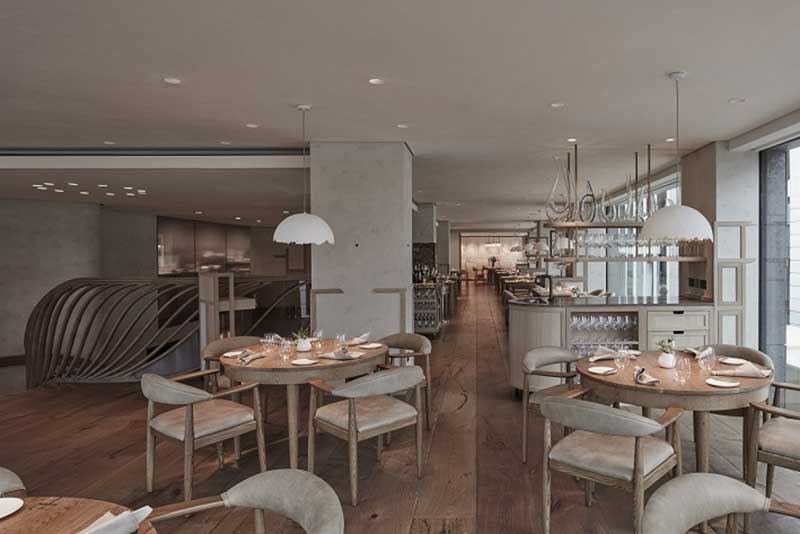