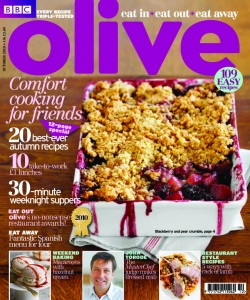 Hot Dinners always looks out for Olive magazine's annual Alternative Restaurant Awards for a fresh look at the restaurants worth celebrating in any year. This year's list features no fewer than 24 London winners - most of which we'd agree with, particularly the Boulud burger and Wild Honey's ice-cream.

Where we could eat every day
Café a Vin

Worth it for the petit fours alone
The Square

Best reason to get up in the morning
Lantana

Dish of the year
Bruno Loubet's Hare Royale at The Zetter

You can read the full awards list in the September issue of Olive magazine out now.
0
Shares