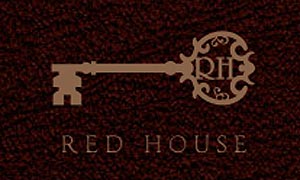 The wave of American chefs heading our way looks set to continue with the news that NYC chef John de Lucie is to open American bistro Red House in Chelsea.

Chef John DeLucie is best known for being one of the founding chefs of NYC's famous Waverly Inn, which he left to start up The Crown and also The Lion - both in NY. He's also been over to London before, to test the waters, when he took over the Brompton Club for a two month pop-up of his West Village New York restaurant the Lion.

Clearly that pop-up was a success, as he's now back. Red House'll be a New York style bistro with some English influences. This means a selection of pasta, pot-pies, and some more US stye dishes (we'll update this article as soon as we get some examples of the food - but we think it's fair to expect a burger on the menu). Cocktails will be created by the group's head mixologist, Ben Scorah.

Red House will take over a 19th century building, with the aim to keep as much of the original design in place as possible.