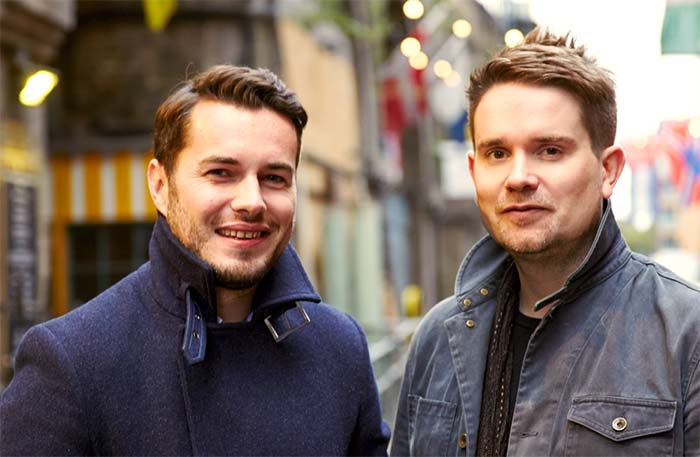 Vats wine bar has been a pleasingly low-key place to quaff wine down on Lamb's Conduit Street since the 70s. In fact, Hot Dinners has rather pleasant, but vague, memories of evenings spent there so if anyone was going to take it over, then we're pleased it's the team behind Noble Rot - Mark Andrew and Daniel Keeling. They're going to be reopening it as a restaurant and wine bar next month called Noble Rot. It'll start with a brief redecoration this year before a fuller refurb in early 2016.

Actually it's more than just the duo behind the food and wine magazine that you're going to want to be excited about - the key news here is about the 70 seater restaurant's links to one of the country's greatest restaurants, The Sportsman in Seasalter. In the kitchen at Noble Rot will be head chef Paul Weaver (formerly of St John Bread & Wine and The Sportsman) and in the background, giving guidance as Executive Chef, will be The Sportsman's Stephen Harris.

On the menu, we can expect oysters, terrines, roasts, fish braised in oxidized white Burgundy and the famous Sportsman slipsoles will be on the menu too, given a new twist. Wines will range from lots by the glass to hard-to-find gems and they'll also have mature bottles from Jean Louis Chave, Armand Rousseau, Château Latour, Château Rayas and Domaine Tempier, all at reasonable prices.

They'll be taking bookings (as well as holding some table for walk-ins, so it's always worth popping by). And there will be a soft launch too, from 10-11 November with 50% off food - plus special deals on some of their wines too. You can book that soft launch now by emailing reservations@noblerot.co.uk.

What made you decide now was a good time to open a wine bar/restaurant in London?

We’ve been running Noble Rot Magazine for the past two and a half years, and after a few inspirational nights out at Parisian wine bars like Vivant and Clown Bar, we felt the time was right time to open a similarly exciting place in London.

If you say to people you are going to open a 'wine bar' in London the first question they ask is “will you serve food?”, but at places like these in Paris it’s a given; great food, buzzing informal atmosphere and a world class wine list.

You say the dishes are going to be Franglais - can you give us an example of how that might translate to the menu?

We'll be serving up fine British produce with a French, classic wine-bar flavour. Expect a few Sportsman favourites, including a variation on the famous Sportsman slipsoles, in amongst some French/British classics. The menu will change regularly and there will be daily specials.

All eyes will be on your wine list - can you give us a preview?

We’ll have a large selection by the glass, with an emphasis on offering delicious wines from around the world that punch well above their price points. The bottle list will feature many hard to find mature bottles from the world’s best winemakers, at really competitive prices. We want to encourage people to drink better wines.

Noble Rot will open 13 November 2015, following a soft launch on 10-11 November at 51 Lamb's Conduit St, London WC1N 3NB. They'll be open Monday to Saturday. To book, email reservations@noblerot.co.uk. Find out more from them on Twitter @noblerotmag