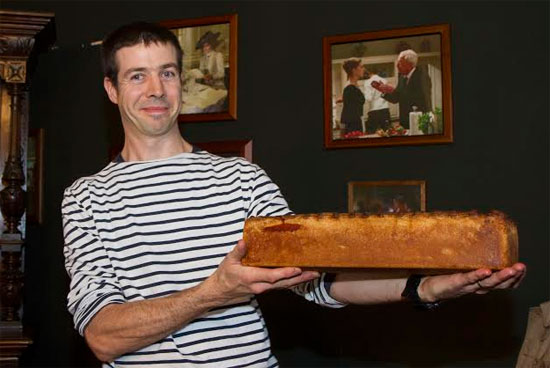 We love a good pork pie, so we're very impressed with the huge one above. This is one of the pork pies that won last night's Pork Pie Off at the Princess Victoria, raising £1000 for Action Against Hunger in the process. The event featured top chefs from across London including Social Eating House’s Paul Hood, Truscott Arms' Aidan McGee, The Dairy's Robin Gill, Opera Tavern’s Jamie Thickett and more.

Newman Street Tavern’s Peter Weeden and his huge Tamworth pork pie, The Coffin (above) won the judges over while the local pie from the Princess Victoria was the choice of voters in the pub.

If you couldn't make the event, don't worry. Just get yourself down to Selfridges this Saturday where "The Coffin" will be on sale in the Food Hall.