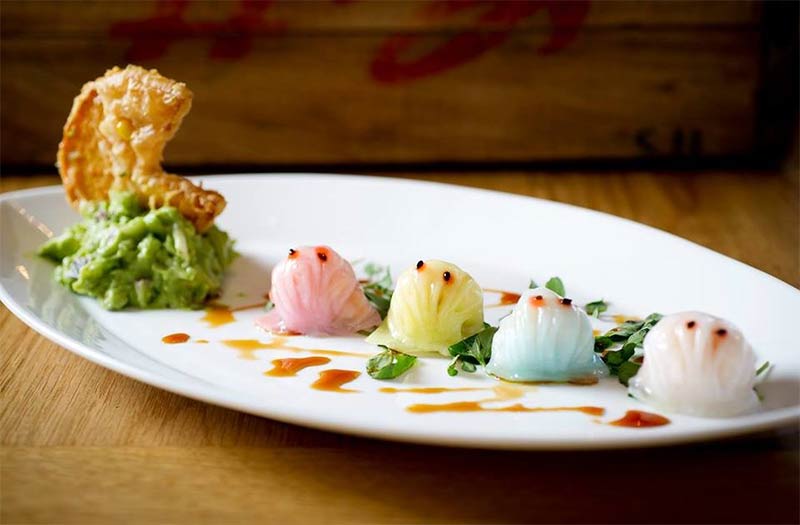 In a nutshell: NYC dumplings in London.

Summing it all up: The people behind Pac Man dumplings are coming to London. Expect a modern take on Chinese dim sum with a few NYC influences too.

It's all about the dumplings at the moment. Not only have we had the recently launched Ugly Dumpling in Carnaby but a heavy-hitter from New York is gearing up to open here too.

Red Farm is hugely popular in New York, and known for clever twists on Chinese dim-sum. By FAR the most popular and well known of these are their Pac Man shrimp dumplings - a parade of dumplings that look just like the iconic game. For the brief second until you devour them.

Food blogger and wine consultant Zeren Wilson was the first to post a picture of the London menu on Instagram. Behold! So the key differences we can spot so far as the provenance of ingredients. In NYC, they have Berkshire pork belly. Here it's Dingley Dell. It also seems to be a truncated menu with way fewer dishes than NYC - which is only to be expected as they work towards being fully open.

Their downstairs dive-bar/Chinese restaurant Decoy isn't making it over, but they are planning a cocktail bar Toots n Hoots on the top floor. Read our Test Drive here.

Where is it? 9 Russell Street, London WC2B 5HZ