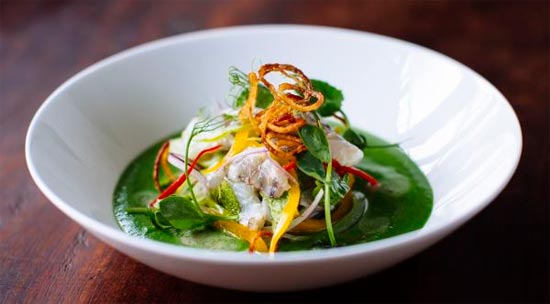 Another addition to London's growing Peruvian scene is coming to Marylebone in October with Pachamama. The restaurant is promising "dishes that reflect the spectrum of influences in Peruvian cuisine using the finest of locally-sourced, seasonal British produce."

What you need to know about Pachamama

There's a cocktail bar too, with Pisco, of course. Home-infused Pisco with seasonal berries, in fact. You'll also see some Peruvian/British mash-ups there too as well as South American wines and British fizz.

The look will be of a faded colonial home, lived in by an eccentric Peruvian family and will seat 120, including three private dining rooms.

Pachamama opens from 6 October with a 50% off soft launch until 14 October at 18 Thayer St, W1U 3JY, London. For more information, follow them on Twitter @pachamama_ldn.