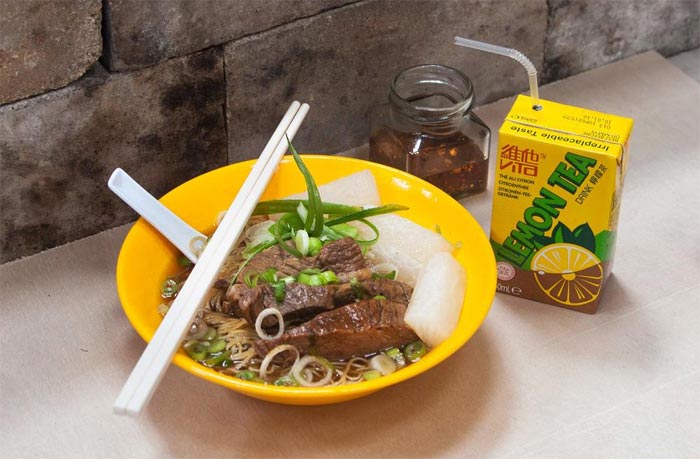 The people behind Forzawin, Arch McLeish and Bash Redford, have a new restaurant on the way - a noodle bar called Bosslady. They've joined up with Henry Chung - who has spent the last six months in Taipo in preparation for their speciality - beef brisket noodles.

It's all inspired by a Taipo restaurant. It's been there for 30 years and apparently "embodies a humble yet unscrupulous approach to perfecting something simple."

And the chef has plenty of experience of the original. The London noodle bar is the brainchild of Henry Chung who grew up in Hong Kong and returned there to Taipo to learn from his favourite noodle shop. As he says "Whilst she cuts a threatening presence wielding her cleaver and razor sharp tongue, there’s nothing better than the Bosslady welcoming you back with a steaming, hot bowl of noodles.”

It's all based around ‘ngau lam mein’ (beef brisket noodles) and there are plenty of sides too. On the menu will be:

And it's all starting with pop-ups at Forzawin. Before they settle on a central London spot, they'll be having some preview dinners at Forzawin for six Sundays in a row, starting on August 9. To book that - visit the bosslady website. Tickets are £8 and it's open from 12-5pm.

And as soon as we get news of their permanant spot - we'll be updating this story.