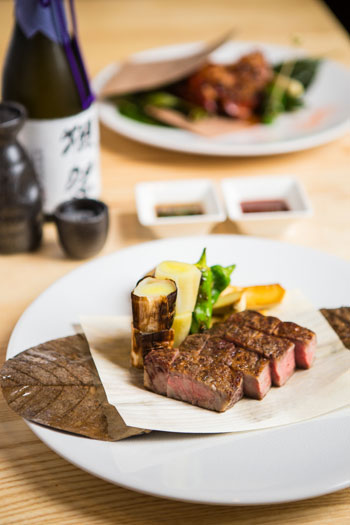 A new Japanese restaurant has opened rather stealthily in Belgravia today as Kouzu opens its doors.

It comes from one of the founding chefs of Zuma, Kyoitchi Kai, who was also more recently head chef at Dover Street Arts Club. He's looking after a kitchen of "finely selected all-Japanese kitchen staff" culled from some of London's best Japanese restaurants. The restaurant itself looks like being pretty spectacular, in a grade II listed building just opposite the Goring hotel and features a ground-floor cocktail bar and mezzanine sushi bar.

Plus there's a huge standalone sushi menu and snacks for the bar too. Drinks wise, there's sake, a classic cocktail menu and a large whisky menu to work your way through too.