Neo-Bistro comes to Mayfair from Anglo and Harwood Arms chefs 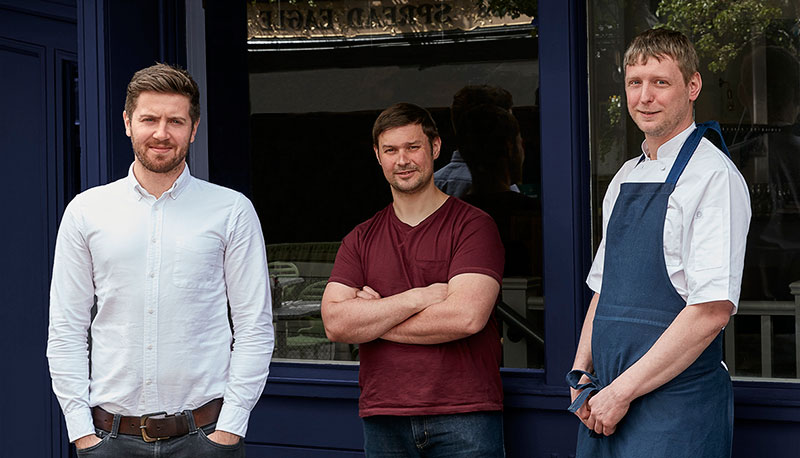 In a nutshell: Anglo's Mark Jarvis and The Harwood Arms' Alex Harper team up.

Summing it all up: A chalkboard of seasonal specials like venison chorizo and roast seabass will be at the heart of this new relaxed bistro-style restaurant in Mayfair, which boasts two very experienced chefs at the helm.

So this one kind of snuck up on us - but in a good way. Mayfair, it seems, is the lucky neighbourhood getting the next restaurant from Anglo's Mark Jarvis. Anglo currently possesses one of the highest critic ratings on Hot Dinners - we were early adopters, loving their exquisitely pared back menu. Now Jarvis is teaming up with Alex Harper, formerly of the Michelin-starred Harwood Arms, to open Neo-Bistro, a place inspired by the new style bistros of Paris.

It’ll be a relatively relaxed eatery, with a rotating menu of simple dishes that are moderately priced. There’ll be a chalkboard full of seasonal specials for you to browse, which will include Cured Tamworth pork, venison chorizo and fresh cheese with smoked potato, grilled leeks and walnut pesto. The emphasis here will be on creating a selection of dishes made from top-notch seasonal produce.

You can also expect to see more full-on substantial plates, like roast sea bass with mousserons, while puddings will include a chocolate tart with malt ice cream, or Gariguette strawberries with tangy lemon verbena.

Wine will be from emerging regions and include lesser known grape varieties, and be available alongside a small selection of house drinks and a rotating selection of crafts beers and cocktails. That side of things, and the front of house, is being run by Anglo's Nick Gilkinson.

The whole thing will be designed to reflect the changing landscape of Paris food culture, which has recently seen a marked movement away from highly formal environments to something more relaxed. It's taken over the space which used to house The Woodstock Tavern, just south of Oxford Street.

“The Neo Bistro movement has totally transformed the cooking scene in Paris," explains Mark, "bringing chefs, like Alex, who have trained in some of the country’s best kitchens, to a space where they can be freely creative with their skills, and aren’t restricted by anything that they do.  “It results in a restaurant more attuned to the way people actually want to eat, and the environment they want to be in.”

Where is it? 11 Woodstock Street, Mayfair, W1C